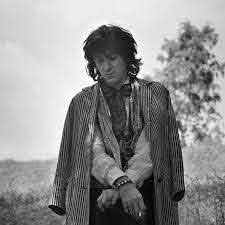 The recent days I rediscovered Nikki Sudden's second album The Bible Belt while I searched for another LP in my collection. I have to admit that I almost forgot this little gem from the early 80's. After the Swell Maps disbanded Sudden forced his solo career with a different sound. When the Maps were a arty punk band he was now more or less a singer/songwriter but still with roots in the music of The New York Dolls, T. Rex and Dylan. This album is full of great songs showing Sudden's abilities about writing songs. It is also the first collaboration with guitarist Dave Kusworth before the formed The Jacobites, a band that started to carry up the flag of British bands like The Faces - but this is another story to be told. Nikki Sudden had a big fan crowd over in Germany and I was lucky enough to see him several times before he died 14 years ago.

Nikki Sudden - The Only Boy In Heaven

You are so right Walter. The Bible Belt was a left field entry when it was released, but you could see just how important Nikki Sudden was as a songwriter and performer. The cast of characters that contribute on the album is fantastic. While the involvement of Mike Scott is easy to hear on tracks like Road Of Broken Dreams, Nikki imparts every bit of the album with his world weary, boozy, emotions. Kevin Wilkinson's drums are outstanding. Six Hip Princes is the sound The Rolling Stones should have had in the 80s.