It is 40 years ago the Congos released their groundbreaking album Heart Of The Congos. produced by Lee 'Scratch' Perry. A few weeks ago it was released as an special edition with different mixes of this fantastic record. If I would name this record in this genre it will be in my top three of all time.

Almost three weeks ago I had myself a wonderful and unforgtable time with the other blogging mates in Glasgow. Sitting at home and wearing the Postcard-shirt (thanks again JC) I think it is time to feature this label on this place. Postcard Records was a superb Scottish independent label formed by Alan Horne back in 1979 an the label's motto The Sound Of Young Scotland was programme.Also short lived Postcard was a massive influence of C81/C86 movements. I have to admit that this label brought out artists that were still found on my turntable. Also the the output by former members of the early bands.

One of the first releases on the Postcard were Orange Juice. I bought their first album because I enjoyed the cover. Two dolphins jumping out of the water that made me think musicians that put this picture on the cover can't be bad at all. And surprisingly the music fitted to me very well. Based on post-punk guitars they created a very unique sound. The songs had hooks and the voice of Edwyn Collins was far different to any other at this time around.


From Edinburgh they signed Josef K., another post-punk band and they borrowed their name by Franz Kafka and the protagonist of his novel The Trial. Founder Paul Haig mixed post-punk guitars with funk and disco. Very new and not everybody's cup of tea at this time. For me they opened ears to different genres and I understood that this would be normal in the subsequent years. Sadly these pioneers hadn't the success they should have.


The Go-Betweens from Brisbane released only one single on Postcard but you can hear on this early one that they had a massive potential and talent that other companies also saw. I Need Two Heads is nothing more or less a classic of the band and their live sets.


This post wouldn't be complete if I did not mention Roddy Frame and Aztec Camera. I remember a few discussions in the early 80's if it is good that songwriter jump on the independent train. I hardly had to fight about my opinion that every good record can be named as independent when it wasn't released by major companies. On his first records Roddy Frame showed us his talent in singing and songwriting that got better the older he got.


Postcard Records were resuscitated by Horne in 1992 for three years that brought us back Paul Quinn with The Independent Group for some great records.


In three weeks I will join my youngest brother again for the annual open-air festival in Mannheim. Bands and timetable are out now and I have to deal with the bands because a lot of them are new to me. They announced a band from Tokyo, Japan called Kikagaku Moyo. Wiki describes them as a Japanese psychedelic band. Their name means translated 'geometric patterns' - whatever they will tell us with this name. And indeed it is psychedelic music that was made in the late 60's. I ever called this music drug music because if you were on an other level you might not understand what it means. Anyway, not only a retro band, actually a band that lives this sound. 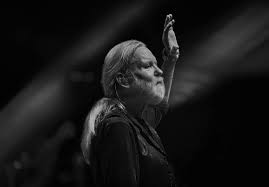 Remembering last year a lot of great musicians passed away and often I said good bye to them on this sites. I know that this is the way of life and I struggled to write more epitaphs. This morning I read the news that Gregg Allman passed away at the age of 69. Not that I am a huge fan of Southern Rock it was the sound that was surround me in my very younger days and it was impossible to avoid them. Back then they choose the best guitar players in different newspapers. Top of the list was mostly Jimi Hendrix and Jimmy Page (ok) and Eric Clapton (who lived on his Yardbirds days) but seldom Gregg Alman was named. I enjoyed listening the way he played guitar. Even in this times he played the acoustic guitar on different records when all others tortured their electric guitars. His whole life was a life on drugs and being addicted to alcohol. Wonder myself how long he stayed alive.

The System Only Dreams In Total Darkness


In advance a new song announces the upcoming new album by The National. It is a couple of years ago since their last album and I wondered if they developed their sounds or is it still on high level. I think it is both of them. Most of their songs were slow built but now they are not wasting any time. The songs sounds heavy, urgent and surprisingly aggressive. Here they sound more energized, jutting forward but always with the elegance we know from them.

A few days ago The Swede posted on his marvellous series Red Gold & Green a song by Prince Far I and I have to admit that I didn't posted anything from him so far. Not that I don't like his music (he was always on my list) but somehow something else come to my mind and forgot to give him a chance to appear on this site. When I first got in contact with reggae and Rastafarian culture with the soundtrack of The Harder They Come it didn't take a long time when I explored Prince Far I. From the first time I listened to his gruff voice I was hooked by him. He was also a political person known for his critical assessment of the Jamaican government. Here are some songs from a Peel session back in 1978.

Another new band was introduced on Austrian radio station a few days ago. Pumarosa is named by a South American fruit and the word stands for 'rose apple'. This London based band was formed by Isabel Munoz-Newsome a few years ago and they call their sound 'industrial spiritual' and I have to admit that I had no idea what they sound like. All the songs are dominated by the voice of Munoz-Newsome, something between Siouxie Sioux, Savages' Jenny Beth and Kate Bush. I can  hear a lot of influences of post-punk and shoegaze in their sound and it is a pleasure listen to them.

Today is ascension day and it's a bank holiday at my place. Most of the people celebrate this day as father's day. A lot of young people will charge their handcart with beer and a bluetooth equipment wandering around the open landscape. Me I will go and meet a couple of friends later this day for hanging around in one of our beergardens. 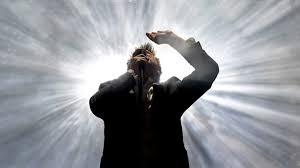 Almost six years ago James Murphy announced the breakup of LCD Soundsystem. Now a few songs from his comeback-album was released a few days ago. Call The Police shows that they unlearned anything since then. It is a big anthem and borrows liberally from the melody of New Order's Procession and the swirling guitars of Brian Eno's St. Elmo's Fire. And it is solid base to built a song that shows LCD Soundsystem back on their own high level.

One of the best new songs I heard the recent days come from a 19 year old musician from Doncaster. Dominic Harrison aka Yungblud has a lot of energy in this song. Growing up surrounded by music from people like Bob Dylan, The Clash and The Streets, protest songs are natural outlet for Yungblud and King Charles is two and a half minute rage against the system. Rhymes like Get our your wallet and give us your money / And you might as well throw in your soul are seldom heard these days and were supported with a driving  backbeat and lead to a hip-hop crossover. You can describe it as a kind of mix of Jamie T and Arctic Monkeys - and that is not too bad for this young kid.

Another Year Is Gone

Probably all of you know how it feels when the calender shows that this day is your birthday. Another year older and closer to retirement. And every year I ask myself the questions: where is the last year's gone? Are you really that age? I know time is passing quickly and the more you work and the more you go your way (for me keep going on watching football, listen to music and meeting friends regulary) time slips through your fingers. When I remember the Glasgow days almost two weeks ago it feels like it was yesterday. And for the second question I don't feel that old. I am in a good shape and able to have fun. So my life is not too bad at all and it doesn't matter any age. For example: There is a guy who is born at the same day in the same year as me and do you really think Morrissey is an old man. So I will raise my glass and salute him. Happy birthday Moz.

Born in 1954, on this day, Jerry Dammers, founding member and keyboard player of The Specials is to named at this place.

Long time co-writer of Elton John, Bernie Taupin was also born on this day in 1950. Together they wrote many timeless songs that fit perfectly to other artists.

Jesse Valenzuela from the Gin Blossoms was born in 1962.

At least the oldest one I found was Charles Aznavour a French singer, actor, political activist and diplomat born in 1924. His song about his wife that let oneself go is still a favourite of mine.
Eingestellt von Walter um 06:33 11 Kommentare: 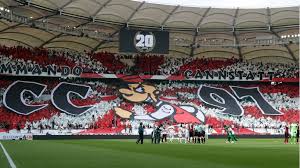 A few days ago I found out the German producer Marco Haas aka T.Raumschmiere released his newest record Herbst. Starting at the begin of this century with a mixture of weird electronic-punk sounds and turned later more into song-structured sounds and adding some guitars to his electronic sounds. I remember some of his remixes during the last years and didn't had him on my radar any more. So I really was surprised that he is going to release a full album. He still has some kind of crackly vinyl sounds in it but the tracks were more developed and filled with melodies. Many songs are bright and playful over shimmering loops and bouncy beats like Jaguar:

The others like Wacker (a German word for brave)are more dramatic, with lush strings joined by exotic horns and echo-covered percussion. All in all a record to start the day with.


Later this day I will go for the final game for our team. We are still at the top of the table and many things must went wrong when we didn't reach the promotion. There will be 55.000 people in the stadium and another 60.000 were expected for public viewing. Me and my mates ruled to stay out of the masses before and after because we can celebrate promotion at smaller places as well.
Eingestellt von Walter um 06:34 3 Kommentare:


You might know that JC made a trip from Glasgow to Manchester to see JTFL playing with his band The Ponderosa Aces. And he also introduced me to their music. I investigated them and found out that they were another American band celebrating the main roots of country music in their very own way. I think JC had a great time watching them live an a small venue. It is not the kind of music I would prefer in my home but I think this music will work live very well. Thanks to JC for guiding me to them. It is always a pleasure to listen to this kind of music from time to time.