I found this little gem a few days ago when I was searching for something else. Drive is from Spacemen 3's last 12-inch from 1990 when the band was close to disbanding. A piece of music they stood for. Jangling and repetitive guitar picking over a steady melodic flow. It shows how great the band and their influences were.

A few weeks ago an unexpected album by Neil Young was released. Homegrown was recorded 45 years ago but never released yet because Mr. Young thought it was too depressive. But successfully he changed his mind and gave us an album with excellent songs between Harvest and  Tonight's The Night. Simply blues rock and ballads assisted by members of The Band. An excellent release that is on heavy rotation in my home

No Dice is the self titled debut album by the British band No Dice. I don't know much of them because they only existed a few years and except of their single Why Sugar that entered the charts nothing else was their legacy. Released in 1977 they were too old-school for new music and not too different to other British rhythm and blues bands. When I  recommended this record to my friends at these days they said many times why to spent time with a poor man's copy of the Rolling Stones. But this was not fair because they had with Roger Ferris a big shouter at the front - maybe the last one in a row with Roger Chapman, Frankie Miller and all of them. It is just simple blues-rock but their songs were superb arranged. Maybe the swan song to this genre.

No Dice - Murder In The Rain

No Dice - Why Sugar

Be Bop Deluxe were an British prog-rock band and featured at this place various times during the last years. I have to admit that I was impressed by the way Bill Nelson played guitar and his abilities to write songs far away from everything else at these days. They released their first album Axe Victim back in 1974 and it was re-released as an extended version with early demos. The record got critical acclaim but the band never got the reputation they should have. Maybe because their songs were not compatible for masses in the early 70's and they released their music right before punk and New Wave opened our ears for different music. I think Television learned a lot of them.

Be Bop Deluxe - Jets At Dawn

Michael Rother will celebrate his 70th birthday in a few days with the release of his new album Dreaming. A couple of days ago the first song from this album was featured of different places in the internet and makes curious for the rest. It seems he is moving back to the days of Flammende Herzen, an all-time favorite of mine. I really like his fragile guitar figures, wafting synths and the repetitive vocals by Sopie Joiner on this song. Seems like the older he is the better he gets.

Fake It Til You Make It

The first time since a long time I found the time to write some words on this little place of the internet. It is summer and a heat wave is ruling our live during the last weeks. I still go to work every day early in the morning and come home tired as could be in the early evening and I just want to spent a couple of hours on my balcony or with some friends in a beer garden (as long as it is possible in times where the numbers of Covid infected raises daily and I think there will be some kind of lock down at my place in the upcoming weeks because all people disobey the pandemic rules). Anyway, I have nothing to complain because other persons have more reasons to complain. For example my former wife had her annual break and came to visit their home town again. She lives in Sri Lanka and her flight back after four weeks in Germany was reserved for last Friday. But her flight back was cancelled because their is no possibility to fly because the airport in Colombo was closed for incoming flights. So she has to wait until it will be re-opened in hopefully a few weeks to get to her home again. But of course there were more worse abilities as to stay in Germany for a few weeks more.

Today's song is from an artist that is new to me. Banco de Gaia is an English electronic music project formed by Toby Marks in 1989 and the music is somewhere between ambient, dub and downtempo with heavy influences of Arabian and Indian music/samples. I got aware of his fifth album Igizeh by the release of it's 20th anniversary edition. Banco de Gaia created a multi-world music with pumping synths and percussive accents, tribal drums and adding trumpets and strings to his dancefloor grooves. The second disc features great remixes of his 20 year old songs. A great new finding.

London based musician and producer Gaudi released an album celebrating the 100 year of developing Theremin. I must admit that I didn't knew anything about this instrument before. But listening to this tribute album it makes a lot of sense using it for dub reggae. For me it sounds like the missing link of roots reggae and sci-fi sound. For this album Gauid gathered legendary producers like Mad Professor, Dennis Bovell and Adrian Sherwood and their work is superb. A fantastic album for long hot summer nights.

A few days ago London based Stash Magnetic, a two piece electronic act, fusing influences of techno, house and rock with dark and psychedelic undertones and powerful female vocals released an EP with remixes of My Future by Dan Wainwright and Retroforward, This song is remixed by Richard Sen with a little help by Sean Johnson. It is a rugged song with arching guitar riffs in almost slow motion that leads with it's drums in higher spheres.

Led Zeppelin were a British blues band that combined classic blues with heavy sounds. In the late 60's they made the blueprint of many other bands of this genre. I was introduced to this music in the 70's by older friends and I have to admit that they were the entry to many other music I used to listen to in these days. The band was filled with extraordinary artists on drums, bass, guitar and vocals and stamped this genre. This song is from an a compilation of BBC-sessions and other live appearances from the early 70's showing them at the peak of their music abilities.
Dazed And Confused
Eingestellt von Walter um 06:00 Keine Kommentare: 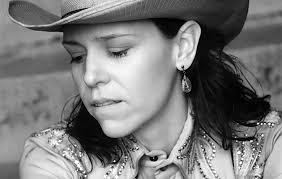 I first heard about Gillian Welch by her involvement on the soundtrack of Oh Brother, What Art Thou the movie by the Coen brothers about the odyssee of three escaped prisoners in Mississippi.  The soundtrack is filled with country and especially bluegrass. Since then I followed Welch although it isn't my favourite music. Now she released an album with forgotten songs from her archive. Nothing new or groundbreaking just the way country music should sound for me. Perfect for a relaxed Sunday.
Eingestellt von Walter um 09:15 Keine Kommentare:

Searching for something else I found this little gem by German producer and DJ Michael Mayer. Released sometime at the beginning of the century. A breezy house sound perfect for the hottest day this year
Eingestellt von Walter um 07:46 Keine Kommentare: