Almost ten years ago Swedish singer, composer and producer Karin Elisabeth Dreijer released under her stage name Fever Ray one of those albums that were on heavy rotation during 2009 at my place. It is dark, cool and twinkling album and still worth to listen today. During the promotion of her new life album she released a couple of remixes from I'm Not Done from her first album. This remix is a nine minute ride through her music with her trademarks a distorted and brassy voice behind massive electric beats. Not a bad way to start into the weekend.

Let's Get Back To Power Pop


It was in the mid of the 70's when bands turned their back to classic rock 'n' roll to search their own identity and they remembered their roots. At this time a lot of bands like Duxe Deluce and Dave Edmunds got back to the native sound of music. The Rubinoos were one of those bands from across the ocean that kept the flag of pub-rock alive. Less songs more than tree minutes made us feel happy. I know that it is a forgotten band but I got back to their songs through the last weeks and I can only say that they still make me happen to them listen again after all these years. Probably close to perfect pop-songs and still worth to listen to.


Following the inspiration of early punk a band formed in Washington DC with a very new combination. Bad Brains made possible what no one ever expected while they mixed reggae with ingredients of metal and punk. Their mixture of speedy punk and reggae was the blueprint for bands like Nirvana, Black Flag or Rage against the machine. I got introduced to their music with their 1986 album I Against I and was impressed of their enthusiasm in playing fast songs with massive grooves and heavy guitars.


Back on the blog again my friends after a long problems with my old and new notebook. My old one broke down and I tried a very long tine to get my data saved. Most of it worked more or less well and I still miss some files that mean much to me. Anyway, it is the time to continue blogging. Jim Messina and Kenny Loggins released in 1974 probably one of the best crossover country-rock albums ever. They were known as members of the new country bunch in California and most of the songs on their record Live On Stage were influenced by country music. But they  also had some long songs on this record that made the difference. Long improvisations and being close to the Westcoast sound made this record unique and well worth to listen to it..

It Started 50 Years Ago Today 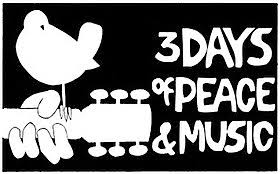 The legendary festival of peace and music took place in Woodstock. As a venue pasture fields of a milk farmer served in White Lake near the provincial town of Bethel in the US federal state New York, about 35 miles southwest from the name-giving and originally planned venue in Woodstock.

Before respected 400,000 visitors stars kicked of 32 bands and solo artists of the music directions folk, rock, psychedelic rock, blues and country on, under it like Jimi Hendrix, Janis Joplin and The Who. The expected numbers of spectators were excelled around more than the double. Besides, countless potential spectators got stuck in traffic rope all around the festival area. During the event catastrophic states ruled on account of bad weather and organizational mismanagement partly. In spite of these adverse circumstances "Woodstock" has become known for his peaceful mood. Numerous musicians, employees and visitors spent the festival days under the influence of drugs like LSD, mescalin, hashish and marihuana.

Although from commercial interests the organizer, tape manager and a lot of musician escorts, "Woodstock" embodies till this day the mystified of peaceful, artistic and "other" America. By contrast the split USA were during the Vietnam war, was shocked by political murders of John F. Kennedy, Malcolm X, Martin Luther King and Robert F. Kennedy and stood under the impression of the social conflicts picked out as a central theme by the counter-culture.

My older friends glorified this festival as the high times of hippies, freedom and a way of feeling common to all others. For me it is a sentimental looking back to times when people lived together in peace and freedom where problems could be dissolved. I miss these spirit in our times now. 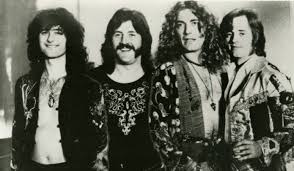 In 1997 BBC released a double-CD with the highlights of various sessions with British blues rock legends Led Zeppelin. They were at the peak of their musical career when these session was recorded in 1971. What makes this record worth to listen is the pure essence of their concerts with all of their little mistakes and not using overdubs. Dazed and Confused is regular a blues based rock song but when you give Jimmy Page the time for improvisations the result is just superb.


In 1985 Grant Hart and Bob Mould created one of the best albums in this decade. Hüsker Dü were those who held up the flag of independent and noise. The songs of New Day Rising are still fresh after all those years that have passed by since then. These songs are still the blueprint of all bands who formed later.

I have rather problems with my laptop since a few days. It takes almost half an hour to start and many file-hosting services don't work any more. So I have to look out for a new laptop and until then I will release my posts via a tablet or my mobile phone (if I find the time during the next days).


It was a long way Ry Cuming aka Ry X took to release this song. From his native East-cost in Australia over Costa Rica and Los Angeles he joined into a collaboration with Berlin's producer Claptone who is well known for laying some smooth beats under almost every song he can remix. The result is well worth to listen if you have a bit of interest in today's dance music. 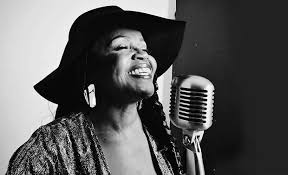 Today P.P. Arnold released a new album after ages. I didn't expected to hear anything new from her and I have to admit that I believed that she got retired from music business. The more I was surprised that a new album is out. I don't know much more than this song and that it was a collaboration between Arnold and Ocean Colour Scene's mastermind Steve Cradock. Of course it is nothing groundbreaking but I had always a favor for her voice. It seem like she made a little masterpiece in the winter of her life and it reminds me a bit of Tina Turner's comeback in the 90's. A well arranged song full of soul, horns, strings and background vocals. Not too bad to finish a working week and a good song for mainstream radios.


Washington D.C. post-punk band PRIESTS released their second album a few months ago and I have to say that I missed this. It is a bit of early 80's American garage music with a dominant bass, a lot of DIY-style, a good guitar and great vocals. All in all on of those surprises in this genre I didn't expected. Got myself a ticket for their gig in our town (one day before Detroit Cobras coming to my place).


In the late 60's Deke Leonard and and Micky Jones formed Man, a Welsh based band who played the best Westcoast, progressive and psychedelic sound in Great Britain (just for me). Man got a big name during their live adventures playing long improvisations and sessions of their songs. Many of them crossed the border of 10 minutes and I always had a big spot on them because their sound made me feel very happy in the early 70's before the great culture clash started with punk. Spunk Rock is one of Man's anthems during the last decades and I heard it many times during the last ages. This version might be one of their best. Sadly this Welsh rockers didn't got the acclaim they should have.