There was a series in German television when they invited artist to play for almost one hour to ply live. Back in 1984 Gil Scott Heron appeared on the telly and I was surprised of this artist. I knew only a few songs from his back catalogue and that many called him a legend. I still remember when I listened to this appearance the first time. Seldom saw any soul artist like him. He touched my soul with his songs and remember his last recordings that were much over the average of many records that was released in this times. This concert was pure, true and worth to watch it in full time.

In A Big County

Sitting on my sofa after another busy day in the office watching the friendship game between Germany and Italy. Seems like Germany will beat the Italians and I ask myself the question is Germany ready for the European Championship in a few month or not. And I have to say no - Italy is no opposer for the preparation for the championship in June this year. I saw my team playing against England last Saturday and they sucked. England beat them in the second half and I was astonished to the new young team from the island. Harry Kane and Jamie Vardy (who made a goal like I've never seen before in ages - he's maybe the last footballer which was got straight from the pub) kicked our asses. And Italy is far behind their own possibilities. It seems like the big football nations are behind their possibillities in fact too many foreign players play in their leagues and there are less prospects for young players to show their abilities. So we won this game against Italy but I am sure that Germany will get out of this tournament latest in the semi final. Anyway, this is a song I love during it was released decades before and I will remember Stuart Adamson forever. Saw this band live in the early 80s and I will remember this gig till I die.


Another German band/project appeared during the last days and made me listen to them. They call oneself Die Wilde Jagd (The Wild Hunt) and it a collaboration of two guy met in Düsseldorf at a meeting place for new and established musicians and artists at the so called as Germany's postpunk Hacienda. Their music is full of small references to local acts of the 80 such as Kraftwerk, NEU!, DAF, Liaison Dangereuses, Pyrolator and The Krupps. Their soundscape is marked by repetitive guitar loops, electronic percussion, drums and synthesizers. Most of the songs are grounded by crystalline beats and their pulsing bass lines. Their name is based on a German myth I had my mother to ask for if she knows something about it. And she agreed that it is an old legend that every year anew, during the so called Rauhnächte (those harsh nights between Christmas and Twelfth Day), the Wild Hunt rides across the country: raucous, jeering hunters from the netherworld, whose path is better not to cross. I love the myth and the music as well. Don't be afraid of the sound.

Not The Only One 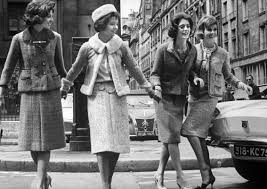 Paul Brady, known as an Irish singer-songwriter, took over a well known Dublin venue for a month to play more than 20 concerts. He can  look back on a big career playing the traditional music with Planxty and collaborations with Richard Thompson and Bonnie Raitt. These days the first of series of these concerts in Vicar St. appeared. I like this record because it is just the man with his voice, backed with a good band presenting just the music he is. This one is a duet with the fabulous Bonnie Raitt. 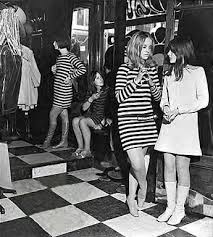 The Last Shadow Puppets announce the release of their second album in a few weeks. They say that this album sounds more to Isaak Hayes and Paul Weller's Style Council than their last record. And yes this song is a very good pop song indeed. Smooth soul meets soft Rock 'n' Roll and violins. Music to drive a cabrio into the sunset.


When Throbbing Gristle, one of the most influential band in Industrial Music, broke two of them members formed Chris & Cosey. From now on they were no more in to create scandal and tried to put some pop in their music. But they still have the main ingredients of TG: monotone bass, weird sythesizer sound and a blurred voice. Not everyone's cup of coffee for sure but I think it's worth to remember them sometimes.


I am really not a huge fan of blues or blues rock but sometimes a band appears in this genre that makes me think about this genre different. Last year The Amazing Snakeheads realeased their first record Amphetamine Ballads and I looked forward to see them live. But suddenly they split without any reason. So it is one more band/album that disappeared in the high tight of new releases. I grabbed out this records recently and I am still exalted about what I've heard. Classic songs in a very slow tempo with a dominant bass and sharp guitars. Added with a voice directly from hell. Learned and trained by the spirit of The Cramps , Gun Club and the Stray Cats they made an outstanding record. Maybe this will be a classic in a few years.


I know it is Eastern time but I don't celebrate this days. Not that I am an agnostic but I've no family to celebrate. Therefore I will give you the regular funky music on Friday. This is one of the classic songs by Talking Heads in a wonderful Leftside Wobble Dub mix.

Enjoy and have some great bank holidays for Eastern time.


The news just arrived that Johann Cruyff died on lung cancer today. With him leaves one of the best football players we had in the last 50 years. Today the world looks on Messi or Ronaldo but for me he was one of the completest players ever. I saw him in my younger days and was impressed of his elegance and his strategical way of playing. He was the one who made the golden days of Ajax Amsterdam and FC Barcelona. Remembering the world championship in Germany back in 1974 the best team was from Netherland not Germany. I always loved to see this team play like young and untamed horses on the playground lead by the great Johann Cruyff. He was not a person who was compensating, he always spoke the words he wanted to speak and not concerned in any other opinions. Football lost one of his greatest players of the last decades. 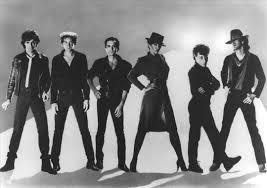 The Motels were a new wave band from Los Angeles with their most successful time in the late 70s/early 80s. I don't know the reason why just this band was so hip in these days in the town I lived in these times. Maybe because of the voice of Martha  Davis, that they put them together with the now sound or just because they wrote a lot of classic songs. For me it was Martha Davis voice that impress me still. Seeing them live on TV feels good after all these years.


How you know, I have finished my twanging series last week and I considered what series would come next. Finally I decided to make a series about music made from bands not from Great Britain. No matter whether these are German-speaking artist, bands from continental Europe or both. Anyhow it is no matter whether it music from today is or whether this was taken up before decades. Main criterion should be that the music and the songs in a way at all are worth to be heard once again. Besides, it should play no role, whether it is punk, New Wave, Krautrock or electronic it should be music from outside the island. So be curious what will appear the upcoming weeks.

So let's start with Kettcar, a band formed in Hamburg in 2001 by Marcus Wiebusch after the split of their punk influenced band ... But Alive. It's a band I followed during the last years and I like them melancholic way in their music. Not only the music is what impresses me it's also about their lyrics that touches my little soul.


I am not embittered
only try out this
Now after food
I want, actually, only home
They do not brag
they only let know
Am I still unfair or quite envious?
These are your oldest friends
probably both
It only shimmers through
It stands in the air between us

And all these subjects, this are good subjects
About the cooking and travelling and what we take so
before immediately one says
So, this it was
If your glass raises
Come, raise your glasses

A toast
on the life
the luck
only I, I do not come along any more
with the life
to the luck
A toast
on the friendship
the certainty
in one year from here and now in
if the compassion certainly comes

Kettcar - Am Tisch (At the table)

As a bonus a song from Wiebusch's first band ... But Alive (Forever 16)