It seems like there is in France a reggae/dub-scene to be explored. A few years ago French producer Martin Nathan released Brain Damage with the album Walk the Walk a compilation with legendary Horace Andy, Ras Michael and others. In tradition of legendary reggae records the released these days a dub version of this album called Talk the Talk. Each dub version develops with a lor of echoes, reverberations, surprises and great mastering. Probably the best dub-reggae album released during the last years.

Back In The Night


These days Wilco Johnson released a compilation of his output during 2008 - 2012 with goodies from Dr. Feelgood and his own band Solid Senders. Listening to this old songs make me smile again after all the years he accompanied me during the last decades. Of course it is simply based on blues patterns he always had his very unique kind of it. He was one of the few who is able to play rhythm and solo guitar at the same time and he made one of those songs that will last forever. 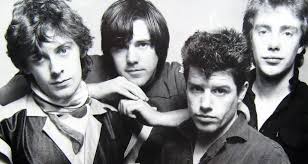 Back in 1979 an Irish punk band appeared on the scene with a record named Inflammable Material. And this record was really hot. Most of the songs were new, gigantic and awesome. This is a song I love from the the first time I heard it until now. Only two riffs that lead you into a new dimension of sound that most of us agree with. This chords was the opening for everything that came after and I have to agree that no one before had these openings for a song before and after. 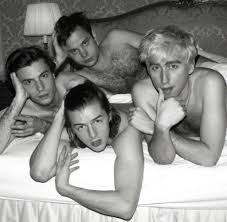 For different reasons I don't find enough time to listen to (new) music as I used to. You maybe know that I feature often music from my neighbours in Austria at this place knowing that this is not everyone's cup of tea. But I will still do it as long as there some songs that are worth to be presented to a bigger audience. Today's act is from a Vienna based band called Bilderbuch. They are on the scene for many years and become bigger in Austria year by year. Their music is a motley collection of progressive rock, art-punk and indie-rock. With their newest single they surprised me with a reggae groove that I will describe as a The-Police-fake-reggae. 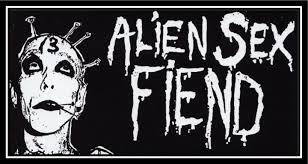 Back then in the early 80's Alien Sex Fiend appeared on the scene with a weird mixture of gothic and industrial influences. They was one of these bands that introduced me to the to the darker scene of music. Influenced by the music of Alice Cooper Alien Sex Fiend made their very unique sound of electronic music using loops and samples. This kind of sound was very new to us and when we were DJ-ing in these days their songs were about to getting the people on the dancefloor. It is long ago since I listened to their songs but I have to say many of them didn't lost it's fascination during the last decades.

Similar to this sound was in these days Front 242 which should be remembered as well.

That's When It's Over


Sometimes I think a lot of new Californian singer/songwriters dabbles in the past. While Ty Segall makes his own blend out of glam, psychedelic and garage rock his band member Emmett Kelly prefer the sound of the late 60's. In his band The Cairo Gang he celebrates an experimental version of folk-rock. Sometimes you can hear the influence of Velvet Underground.

Searching the internet I found this he probably refer on his band name:


The Cairo Gang was a group of British intelligence agents who were sent to Dublin during the Irish War of Independence to conduct intelligence operations against prominent members of the Irish Republican Army (IRA) – according to Irish intelligence, with the intention of assassinating them. Twelve men including British Army officers, Royal Irish Constabulary officers and a civilian informant, were killed on the morning of 21 November 1920 by the Irish Republican Army in a planned series of simultaneous early-morning strikes engineered by Michael Collins. The events were to be the first killings of Bloody Sunday.
Some Irish historians (such as Tim Pat Coogan and Conor Cruise O'Brien) dispute assertions of a common history of service in the Middle East as the reason for the unit's nom de guerre. It has been suggested that they received the name because they often held meetings at Cafe Cairo at 59 Grafton Street in Dublin. Earlier books on the 1919–1923 period do not refer to the Cairo Gang by that name.


Almost 25 years ago two young Austin based guys formed a band and named them after a song by Krautrock legends Can. Spoon released with Hot Thoughts their newest album. They were always an experimental band because they never stood still when they reached a level. It is the same with this record. They still have their brittle guitar sound Nowadays they integrate more electronic sounds in their music. Sometimes I hear a bit of jazz in their sound. All in all a band that can't make a bad record and claim to open our ears. Probably the best record this year.

If you are ready for an aural experience than listen to this song where they built their sound around a soulful saxophone playing:


Sadly the news arrived that there will be no duckwalk here on earth. Chuck Berry died last night at the age of 91. Not that I am a big fan from him I grew up with his early songs like No particular way to go and You never can tell. I also know that many guitar players references Chuck's guitar playing for creating their own sound. You all can read that his influence in Rock 'n' Roll is immense but for me he made some timeless little songs telling short stories of life. Berrys succinct lyrics were an important part of his art, in the group with the suggestive music they unfolded her fascination strength. Possibly in the song "Memphis, Tennessee": He begins like a normal love story in which a man wants to find out the phone number of a girl called Marie with the information. Then becomes slowly evident that it concerns a bitter separation history, and the father wants to speak only once with his 6-year-old daughter, before he never again sees again them. Perfect dramaturgy in form and contents, timeless pop. An effect from duration: Still in 1994 Uma Thurman and John Travolta twist in Quentin Tarantinos "Pulp Fiction" not possibly "Let's twist Again "by Chubby Checker, seperately to Chuck Berrys" You Never Can Tell" from 1964.


The draught "Supergroup" sounds mostly stuffy: Ageing Rock'n'Roll-Daddys get together to indulge according to hobby in the vanity, beside the shine of the star power the music often precipitates averagely. Differently with BNQT, speak: "Banquet". The Texan band Midlake has put together an Indierock-specialist's team, including are people of the Band of Horses, from Franz Ferdinand, Grandaddy, Travis and Midlake themselves. But not everybody all at once, and thus the herald is a crisp slender hit, the strange mixture of Classic rock, Krautrock to the album already and disco-grooves. A bit different music for Sunday morning but worth listening to.

Thought the days of guitar solos are gone but Axis:Sova told me that I was wrong. They are a band from Chicago and their sound is based on  a drum machine, boogie and dirty guitar solos best shown on Love Identity that's filled with duelling guitars and lot's of feedback. Their name is inspired by Jimi Hendrix and his first record Axis: Bold As Love. Seems like this generation already knows the roots.


That they can work on song structures is showed by the next one:

Some Obscure Krautrock On Wednesday 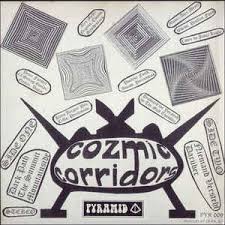 I found this obscure record a few day ago searching for some early 70's Krautrock. Made in 72/73 in the Cologne era a few people made a spaced out record far away from everything I heard before and after. How to describe it is not easy. Probably some tripped out electronic ambient soundscapes with dark atmosphere, drones, plenty of MiniMoog, gothic and Hammond/Rhodes organ, electric and acoustic guitars and ritual chants. Of course not the music for everyone but something to explore (if it is only in a historic context). Listen and make a decision of your own.


A few years ago Edinburgh label A Song By Toad released a record by Inspector Tapehead. I don't know much about the band but I suppose they were a local band from Scotland. I really liked them and the music they made. It is an ever lasting sound of handmade music and torn between indie-folk and something about singer-songwriting. I recalled them after Yarvil appeared on my mobil-phone. Sadly a band less people recognized them when they appeared on the scene but still songs worth to listen after they came on my radar.