The Kinks released a few days ago a box set of their 1968 concept album Arthur and the Decline of the British Empire with a lot of mono-versions and outtakes that made me wanting to listen to this record once again after a very long time. Wiki tells us about the story of this album:

The story is partially inspired by the Davies brothers' older sister Rose, who emigrated to Australia in 1964 with her husband Arthur Anning.[ Her departure devastated Ray Davies, and it inspired him to write the song "Rosy Won't You Please Come Home", included on the 1966 album Face to Face.The lead character in the album, the fictional Arthur Morgan—modelled after Anning—is a carpet layer whose family's plight in the opportunity-poor setting of post-war England is depicted.] Writer Julian Mitchell detailed the story line and characters in depth, explaining in the liner notes for the album's LP release:

Arthur Morgan ... lives in a London suburb in a house called Shangri-La, with a garden and a car and a wife called Rose and a son called Derek who's married to Liz, and they have these two very nice kids, Terry and Marilyn. Derek and Liz and Terry and Marilyn are emigrating to Australia. Arthur did have another son, called Eddie. He was named after Arthur's brother, who was killed in the battle of the Somme. Arthur's Eddie was killed, too—in Korea.

Davies later commented in his autobiography, X-Ray, that Anning later "told me that he ... knew it [Arthur] had been partly inspired by him ... [it] reminded him of home ... I told Arthur that I felt guilty for using him as a subject for a song, but he shrugged off my apology, saying that he was flattered." With an underlying theme of nostalgia,] the songs describe the England Arthur once knew[("Victoria", "Young and Innocent Days"), the promise of life in Australia for one of his sons ("Australia"), the emptiness of his superficially comfortable life in his home ("Shangri-La"), the resolve of the British people during the Second World War ("Mr. Churchill Says"), the privations that marked the austerity period after the war ("She's Bought a Hat Like Princess Marina"), and the death of his brother in World War I ("Yes Sir, No Sir", "Some Mother's Son").
This record wasn't very successful 50 years ago but filled with one of the best songs Ray Davis ever wrote and it was a pleasure to listen to them once again.
The Kinks - Victoria
The Kinks - Shangri-La
The Kinks - Australia

Back To The Days Of Glam 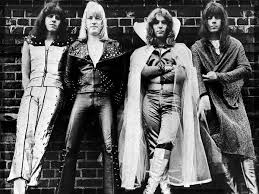 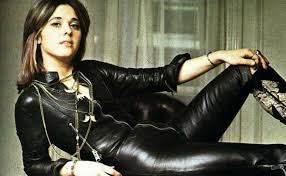 Suzi Quatro and The Sweet were the heroes beside of T. Rex of my very young days when I took my first steps into music. They were almost everything what we now call glam more than 50 years ago. Of course it is not the music I listen now but they built the basis of everything that came afterwards. Maybe it is a sentimental journey back to the days when everything was easy and everything was possible and we didn't thought about the future days to come. 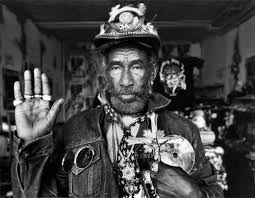 The godfather of dub Lee Scratch Perry released a new EP in collaboration with Peaking Lights and Argentina musician Ivan Lee and like the most of his output is well worth to listen. I have a only a few records by him but everyone is timeless and always worth to listen. And so it is Life of the Plants another dub album that makes me feel happy listening to it and I suppose I will come back to him for the rest of my life.

Swans-Mastermind Michael Gira announced during the release of the latest Swans album Leaving Meaning that the band will not further exist with a fixed line-up of members. So this album might be the first solo album by him under the trademark of Swans. Gira is a shaman that brought us true dark and apocalyptic sounds during the year and often focusing power, death, religion and sex in his songs. The more I was surprised when I listened to his new album after a few years of absence. There is still a timber mood in their songs and The Hanging Man is an blues based on heavy drums and soft acoustic guitars to company a sinner walking through the desert. At the end the sun shines a little brighter. A great album for sure


I have to admit that I heard the name Jack Penate said nothing to me until I listened to his latest song a few days ago. The internet tells me that he had a small hit more than a few years ago but also this songs are new to me. Anyway here's an artist that made one of the best pop-soul-songs of the year. Starting slowly to with an electronic beat to turn into a massive groove. Perfect for a Sunday morning.


I used this series a few years ago to introduce worldwide readers to music from Germany. If it was music from the past or it was new didn't mean anything if it was worth to listen to. Now I will use this series if there was something real new from Germany. One of the best albums from German artist last year was by International Music and their lead single was featured here. Now they changed their drummer and added an organist to the band and returned to their former name Düsseldorf Düsterboys. While International Music had rough riffs and a roaring singer now they reduced speed. Most of the songs were built on picked guitar strings and a warmer organ sound. The lyrics are still cryptic and senseless to me but probably gigantic for young people. Anyway, a band that found a sound of their own and they develop it step by step. 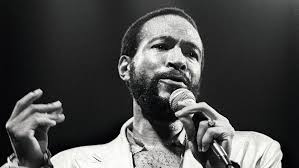 Another release surprised me these days. What's Going On Live features one of the rare performances when Marvin Gaye played his immortal album live on stage. It was after he struggled after his friend and long time duet partner Tammi Terell passed away and his slipped into a depression. This album was a landmark in modern soul and played often at my place. Listening to the songs he played live is another evidence of what he and his voice are able to do. Perfect songs in a perfect arrangement and with the time to fathom what his voice was able to.  An album I will play often the next times.

Back To The Days Of Glam


If we are talking about glam-rock and the bands that stamped this genre we should talk about a band that made the difference in these times. Roxy Music were the band that showed us a new kind of music. After times when the blues-rock bands of the late 60's slowly vanished in the mist of history and before the days punk turned everything upside-down Brian Eno and Bryan Ferry showed up with something we never heard before. Dressed in crazy outfits and suits they brought us a different kind of rock. If only a few got into their music because this weird outfit Roxy Music could name this a success. Their songs were very arty of course but still in the tradition of pure rock and they opened my ears to a very different view of music. Probably they are the link between old fashioned music and the sound of the future. Eno and Ferry went different musical roads in their future careers but in the early 70's almost nobody could beat them.

A few weeks ago Cherry Red released a three CD-Compilation of music that made punk-rock as we knew about it. The first punk singles were released in 1976 but the first album came to our ears one or two years later when the bands were able to play more than three songs in a row. This compilation is a retrospective to the very early sound of this movement. Most of the songs were under two minutes and showed us the possibilities of what could happen. Mostly raw and full of enthusiasm for a new kind of music that made me change my fondness to a new kind of music. Fast, different and loud - what made me stamped until now.

John Cooper Clarke - Innocents
The Only Ones - Peter and the Pets
The Cortinas - Defiant Pose
The Count Bishops - I Need You
Doctors Of Madness - Bulletin
Eingestellt von Walter um 06:04 2 Kommentare:


A few days ago I watched Coppola's movie against war Apocalypse Now once again and it still shows in a radical way an useless war and normal people moving into madness. The beginning and at the end of this movie is shimmed with The Doors epic song The End. Conceived as a another song about a lost love Morrison and Manzarek made a shaman-like excursion into sound. Starting low and measured to erupt in the middle and to slow down again. I can't explain why this untypical song is often named as a trademark of The Doors because most of their songs have a more heavy and bluesy note. Probably just because it is a great song that fits into an era 50 years gone. 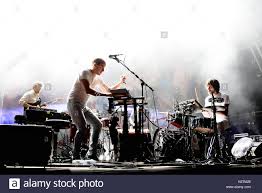 Years ago it was the newest thing using fragments of other songs and adding it to your own songs. It was an amazing time when me and my mates counted the samplings in a song and to realize the original artists. After various trials massive sampling stopped and was used in our days very seldom. The more I was surprised to hear a new song using a sample. When I first heard Home by Canada born electronic musician Caribou I thought that this sample must be from a very old song. And right, it was from 1981 and was sung by a chanteuse called Gloria Barnes. A fine combination of soul and electronic.


From time to time when I was using Spotify I crawl through some artists playlists just to see what they prefer. The last time I did this I debarked at Cari Cari's playlist and was astonished about their musical spectrum that stretches from Creedence Clearwater Revival over Neu! to The Kills. But there were also artists that I never knew before. This is the reason  I detected another band from Glasgow. Apache Sun is a duo formed in 2014 and they play a psychedelic version of a swampy blues. Like Nick Cave had a session with The Cramps.

I Can't Understand A Word You Say


Band A, is a project that performed The Associates debut album The Affectionate Punch several times live at different venues in Scotland. Now they released a new E.P. that transports classic guitar pop that could be great more than 30 years ago into today. A perfect song that has everything to please you if you are into early 80's guitar pop sound.


In the mid of the 80's The House Of Love formed in London and got critical acclaim on their first album. Looking back this album has over all the songs a spirit of taking the best of the post-new wave and the abilities of songwriting to create a common sound. Their songs are timeless and it makes a lot of fun to listen to them after long times gone by.

The House Of Love - Christine