Back in the mid 80's it was a fine line between New Wave and electronic/industrial music. Not every fraction loved the other. But one all could agree was Frank Tovey aka Fad Gadget. He was one of the first who combined synthesizer sounds with the sound of found objects like bottles. Germany's Einstürzende Neubauten was another one and therefore it is reasoned that they had a guest appearance on Collapsing New People. It is one of the songs that coined the sound of the early 80's. Typing these words I remember one Fad Gadget's performances I was lucky enough to watch them live.


Me and my parents got an agreement that I could watch every first Saturday Beat Club in German Television. Although I was a young kid these days I remember the performance of Curtis Mayfield back in 1972. I remember that because it was one of first times that someone gave an interview and his words were translated in German language. That was the first time I heard any words about the problems coloured people have in the US. Listening now to this music make me smile in a sentimental way and make me happy to see a great artist again.

All The Colours Of The Dark 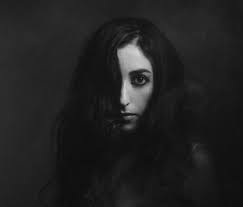 Marissa Nadler announces her new album Strangers to be released next month. I always liked her voice, singing in a mezzo-soprano. Many songs sounds atmospheric and the words sometimes were more breathy than sung. I once read about her voice:

She has a voice that, in mythological times, could have lured men to their deaths at sea, an intoxicating soprano drenched in gauzy reverb that hits bell-clear heights, lingers, and tapers off like rings of smoke. Hardly anyone considers Nadler a folk musician.


Once again I feature Herman Brood in this series. It was in the late 70's when Herman Brood came across the border from the Netherlands to our place with a drug influenced mixture of classic blues-rock / new wave sound. He brought us true and sweaty rock with full live performance. It was pre-punk like European New York Dolls on speed and a lot of lads I knew agreed to this sound almost 40 years ago. And I have to agree that this sound feels fresh and alive nowadays. Hermann Brood died 15 years ago. 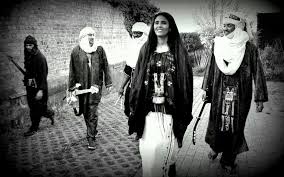 I am not a huge fan of world music but sometimes an artist appears with a new record that fascinates me and want me listen more. One of those is Tikounen by Kel Assouf. Their music is a mixture of ragging rock drums, cutting guitar riffs and chants. Their music is forceful filled with blues-rock licks, borrowing the sound of Led Zeppelin or stoner rock. But their sound is also dominated by a great rhythm section and pulsing basslines what makes their sound a bit like dancefloor. All this combined with Tamasheq sound of the Tuaregs makes this record worth listen to. Probably the best world music record this year so far.


Sad news arrived that Prince/Love Symbol died today. It is not the music I used listen too often but he made some remarkable records in the mid 80s. I don't know much about the records he released the last decade but for me he was the sound of black music almost 30 years ago.

Cockney Rebel is one of the most underrated band of glam. I was fascinated of their sound as well as the voice of Steve Harley. What made them different form other glam bands was the arrangement of the songs. Filled with violins and orchestra. Very special and unique in the early 70s. And I was surprised to hear Make Me Smile in the movie The Full Monty years later. It is just a journey back 40 years ago and this music works even when I am in a sentimental mood.


Adam posted today about The Limianas today and I've got to agree with him that that their new record is far above the average. I followed this band since a few years and they are getting better with every new record they release. It is still a retro sound with borrowing by Serge, Ye Ye and 60s French sound but still worth to listen nowadays. This is a a sing they released a few year ago and collaboration with Pascal Comelade. Both are deep in the 60s with a touch of Velvets  and organ sound that could drive you crazy. 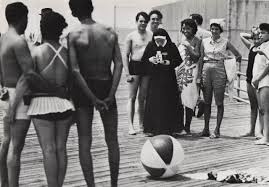 Hamburg based band Meute mention themself as a 'Techno Marching Band' and their sound combines two of Germany's stamped styles in music: Techno and music for brass instruments. No music for every day but I am impressed of their version of the deep house classic REJ. I think I'll watch their full show on a festival a few weeks ahead. 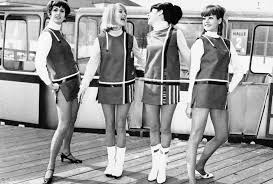 A few month ago I posted a song by Die Nerven, a new German indie rock band as they released their newest album. I played this record several times during the last weeks and it still didn't lost its attraction to me. A post punk guitar, a steady playing rhythm section and a gloomy voice is sometimes all you need to have fun.


There were times, when I have bought an album only because of the cover. I think it was in the early 80s when I went to my local record store digging the box of new entries and I held The Jazz Butcher's Scandal In Bohemia the first time in my hand. It was just the comic cover that made me going to the turntable to listen to this record. And listening to the first song on this record Southern Mark Smith I was sure that this record was mine. SMS was one of those pop hymns you listen once and will never forget. But the rest of album wasn't bad at all. It is not easy to describe the sound of The Jazz Butcher because their songs were too different to classify them to one genre. Funny songs with winking lyrics might be the best description. Half Man Half Biscuit had the same kind of humour.