It is probably true that in Scotland is a music scene that keep the talent of writing great songs up like no where else. Following JC's long lasting series about Scottish songs I think it might be true. Another example is a band from Edinburgh called Broken Record. I never heard anything from them before but their latest album What We Might Know is this kind of ace that made me listen to several times during the last days. Nothing really new of course but that what they made is deeply based in classic rock or pop (whatever you want name them for). Their songs are mostly straightforward and very well arranged. The bass is sometimes borrowed by Peter Hook and the whole record is worth to listen from the start until the end. For me it is a band that would probably be better live than on an album. But until then I enjoy this little great record. Today we will go for a home-game against Hamburg that was on the bottom of the table. Everyone I know will expect a clearly win against them. But in my opinion they will have the last chance to stay in the Bundesliga and so they have to play for success. We will see what happens. 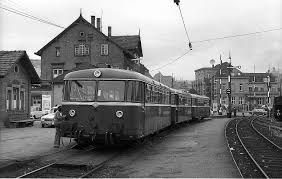 If a band choose their name in Autobahn most of you would think this is a reminiscence to Krautwerk and especially to Kraftwerk. But this band from Leeds has musically nothing to do with this kind of music. The sound on their new album The Mortal Crossing is dark, dramatic and some kind of post-punk into new-wave music. I don't know how old this kids are but their sound is clear, fresh, guitar based and reclined to mid 80's post punk and vintage goth style. And they also have no fear to add their sound with a cello and it fits well on Torment.


Last weekend I watched again to Rockers, the documentary about reggae music from 1978 and couldn't believe that this movie is 40 years old now. It showed reggae at the peak of it's culture. This film made me investigate for much more of this kind of music and I got satisfied about what I found of new artists. Still a classic movie about what music meant to Jamaican people.


A few days ago Caverns Of Anti Matter released their newest long player Hormone Lemonade. Another great record for me with their very unique sound. Mostly based on programmed drums and added with low-down industrial keyboard and guitar guitar basics. It it not new or groundbreaking but it is much more different to many things I know today. Music inspired by Kraftwertk, Krautrock and American high-school music makes a lot of fun these days to me. 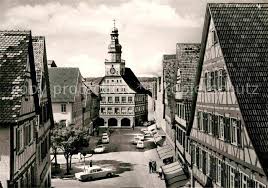 The Kills paid their tribute to American rapper, musician and actor covering his afro-punk hymn List of Demands. It is not easy to cover a song that is some kind of a protest song filled with anger and where the statements shouted out loud. And they did it well in their own way tearing the roughness of the original in a sexily slow motion. Jamie Hince said about this song: List of Demands” was so impactful to us-it was the kind of song that would come on backstage and everyone would stop what they were doing and stand up.The more I found myself listening to the lyrics, the more I heard in them, and found myself singing along with goose bumps. The brilliant thing about it is that it speaks to so many different ideas-a true underground thing like the best Iggy Pop songs.


And this is the original:

My in-box is filled with promo material from new artists and I am not able to listen to all. Mostly I delete them mails without reading the text. But sometimes the headlines drew my interest. So it was when I first read the name of the band Trajano! Without having expected a notion what will come up I read the words of the promo text. It was about a band from Madrid, Spain and their sound is based on the post-punk era. So I gave them a chance and was surprised. A real guitar inspired sound that could have been published in the early 80's. The band must be on the scene for several years and you can hear that they know how to treat their instruments. Sometimes a bit of over-produced but finally not the worst new thing I heard this year. I have no idea what they are singing about because they do it in their mother's tongue but it doesn't bother these songs.


Canadian post-punk band Preoccupations released their new album today. Probably better known as Viet Cong they they were well known as one of those bands that could transfer the spirit of the early 80's into today. Their songs were a perfect combination of electronic music (sometimes they remind me with their steady rhythms to Kraftwertk) and guitar inspired sounds of the early 80's. I really like them and would like to see them once live.

I featured Sylvia Juncosa many months ago at this place because she was one of those forgotten American punk and metal guitarists that got a little famous when they signed to SST-records. Her first real band was To Damascus and they were active in the early 80's and I didn't remembered them until a friend sent me some ripped songs by them the other days. To Damascus were a band playing their very own sound of punk in these days. Very rough, raw and direct to the audience. After this chapter Sylvia turned into SST with better arranged songs but these origins showed us the real power of new music.

This is a picture from my hometown made in the late 50's and I will introduce you more the next weeks. Hope you enjoy these songs of a upcoming new music.


It is almost 40 years ago when one of the most important albums of the post-punk era was released. Real Life by Magazine combined everything that was important in these days. Raised on the ruins of The Buzzcocks Howard Devoto created a very unique mixture of guitar-bass-drum sound similar to punk rock and recruited it with the ingredients of new-wave and a bit of art-rock introduced by Barry Adamson. You can still listen to every song on this album and none of it is boring.

These days Tracey Thorn released her newest album after several years and it is the kind of thing I expected. It continues at the place she arrived with the album before. Electric beats as a fundament for her voice. Now the beats were still programmed that way but she was assisted by some musicians of Warpaint and Corinne Bailey Rae. Music with warm synths, bells and a snarling bass like New Order; and Tracey Thorn with theirs floats above all still in such a way clarify, light and sure voice.

And as a bonus for Adam:


It is 35 years ago that English poet, spoken-word artist Anne Clark appeared on the scene and it was the first time spoken words were big at our place. Many people translated her poems into German language and were surprised about what she said. After all these years it is nothing at all but the way she performed her lyrics was awesome these days. Bit of avant-garde and probably the first one that tied her words to electronic sounds made her new and unique. In these days I went to see her live and it was one of these gigs I went after half an hour because her words came from a playback tape. From this times on I stopped listening to her until now I got into a mood to listen to their songs again after ages. Without this experience I would like her songs more than now. Afterwards I turned more into another spoken words artists like Laurie Anderson.