Norway is the country listeners will associate with AHA and not in the first degree with psych-rock these days. Electric Eye is one of those new bands that made a record that fascinated me when I listened to the first time. Four guys from Bergen made a record and they describe their sound as True Norwegian Psych-Drone-Groove-Kraut-Rock. And for true - I can hear Can, Wooden Shjips, a bit of early T. Rex and the funky beats of Stone Roses in their sound. The songs on their latest record Different Sun from early this month are more jams than structured songs. Wailing guitars of a steady beat with a voice from the back of the room make me feel great. I am exited about this full sound. Not the next big thing for sure but a record I will listen to often in the future. Play it loud and I think you will enjoy. 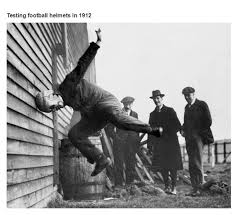 A few days ago my youngest brother introduced me to Cloud Cult a band from Minnesota, US, led by Craig Minowa. So I investigated for them and I've to say it's another band I missed and never heard before although they were formed in 1994 by a project by Minowa when he hired some musicians to support his solo projects. Based on indie sound he spread his sound with cello and violin, very atypical instruments for this genre. I listened to their new album The Seeker, released last month while typing these words. A perfect sound to start this Sunday with a cup of coffee. All in all a band worth listening to.


This song is from a live session almost 8 years ago and shows their abilities of arranging a song.


Step by step Maifeld Derby in Mannheim announces their headliners for their upcoming festival in July. One of them will be James Blake a London based singer-songwriter playing electronic (pop)music. He songs are most carned and reluctant added with a few pieces of dubstep. It's one of these artists I never expected on this festival but now I'm glad they signed him.


I know, this tune is not really funky but the main idea behind this series was to post some songs that have a funky sound in itself or have a bass-line that impressed me much in the early 80s. Today's song is from the Au Pairs, a band formed in the late 70s and were successful with their first record Playing With A Different Sex a real post punk classic. This record was on heavy rotation in these days and I still like the sarcasm in this song. I listen to this record still from time to time and I have to say it is an underrated classic from this time.

Searching for old music in the internet I found this appearance by Stevie Wonder on German TV. I can remember when I saw it the first time more than 40 years ago and I was impressed about the presence of this blind man. When I heard his voice the first time it touched my soul for ever. it was a new experience to me and from this time I started to investigate in soul music and was never disappointed in this music. Stevie's in 1974 appearance is still fantastic.

Quilt is another band from NYC transporting the sound of the 60s/70s to nowadays. Deeply based on the sound of the Kinks and Byrds they try to make some pop songs right in our times. It's a sound of jangly guitars, perfect harmonies with no emotions to transport the old sound into our decade. Nothing more or less than a fresh sound for the upcoming spring.