Tracey Thorn and George FitzGerald released a few days ago a remix from Half Light (Night Version) a contemporary version of a song a lot of us will know. Still based on the used rhythm and added with bubbling house sounds and the voice of Tracey makes this one the sound of the last days. Optimistic and ear-catching.


In 1974 Kraftwerk released the groundbreaking album Autobahn. Groundbreaking because it marked the end of Krautrock as we knew it. Since then electronic music was just a part of the sound by Can, Amon Düül or Birth Control. Now Kraftwerk's guitarist Klaus Roeder was just a small part of the sound any more. No more conventional instruments were used in the future and Kraftwerk made the blueprint of many other artists working with synthesizers and electronic equipment. It was also these days a lot of my friends had to decide which road they will follow. Some of them found themself in electronic music or in the jazz-fusion thing and the most turned into the upcoming guitar sound of punk and new wave. Anyway - this is a classic song and it's flow still grabs me.


Kid Simius is the alias for José Garcia Soler, born in Spain and now living in Berlin. From his teenage days huge affection to electronic sounds what became the basis for working as a live DJ with several Berlin word artists. He got my attention when he was playing a live set on the festival in Mannheim this year. It was a rather entertaining show he did and so is the today's song. Electronic pop at it's best with massive synths, few guitars and an optimistic rhythm.


It seems that there is a bigger psych-rock scene in France. The Liminanas from Nantes thrills me with every release and now a new band from Toulouse came to my ears with their new album La Planéte Inexplorée. I don't know much about SLIFT as that they are a three piece band playing a spaced out fuzzy garage psychedelic rock that is worth to listen to. 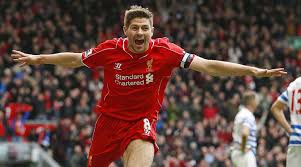 A few days back Cherry Red released 5 CD-compilation of the new Liverpool sound from the mid 70's to the mid 80's. Filled with a lot of forgotten bands and songs and bands that made success. It is amazing looking back to the old days and remember how versatile the sound of this town was. I didn't got the box-set yet but looking at the track-lists many gems could be found.


It is 14 years ago today that John Robert Parker Ravenscroft died. Even if it was difficult to listen to his radio shows at my area I  know what he meant to nowadays music and he was one of those who opened our ears to new and different kind of music. As sure at he was quiet ahead of his times he made a session with T. Rex long before they became teenage heroes. This session shows more than ever how great they were at this time and I think The Swede will favour this session.


1988 was a year that was dominated by bands playing a guitar dominated sound. The Pixies released Surfer Rosa, fIREHOSE If'n, Sonic Youth Daydream Nation and Dinosaur Jr Bug. All records that was played at my home for many times at these days and I came back to them the recent days. A band that is seldom named with those bands is Thin White Rope, formed in California in the early 80's by Guy Kyser and Jozef Becker. Their music is stamped what many people called later Americana but I will name it classic blues influenced desert rock. Listening to this music again it is like driving on a highway through extinct countryside. This kind of music was seldom made by bands right now and therefore I have to get back to originals.

Something new for this series. A few weeks ago Spiritflesh, the latest collaboration from Bristol-based artists Julian Smith and Boris English released their first full length album. The ones of you that are interested in dance and electronic music might know them as October & Borai. A massive bass collides with tribal sound and heavy synths. This song is a kind of the centrepiece of this album with it's grungy bass, sweeping synths and meditative rhythm. This will be a record I will be on heavy rotation the next days.