A couple of days ago German TV offered very late at night the 1986 biopic about Sid Vicious and Nancy Spungen. It was years ago when I saw this movie for the first time. Once I saw it because it was in the context to the early 80's and the music that kept me going my way. Now I saw it again and I have to say that it was some kind of documentary about a great love partly based on booze and drugs. After all I can consider that both took a long and hard road to ruin themselfs. Some might say that they were the product of commerce by Malcolm McLaren but for me they were one of the most forgotten couples in rock history. May they rest in peace.


Los Angeles based experimental indie-rock band Warpaint released their latest album a few days ago. Formerly influenced by PIL, Siouxie and Cocteau Twins they now turned into funk inspired by Nile Rodgers. The transformation from this early sound was finished in By Your Side. It is more past R'n'B electronic sound with fizzling percussion and dodgy percussion. Guitars and vocals are accentuation to the sound. Something new but borrowed by Tom Tom Club ages ago.

Warpaint - By Your Side
Eingestellt von Walter um 06:35 2 Kommentare:


One of those musicians that recorded covers galore is the country icon Johnny Cash. A lot of them are better than the originals or minimum interpreted in a very unique sound only he could do. Hurt was recorded after his wife June Carter died and shortly before left for heaven. From all of his cover versions I like this song best. He sings Trent Reznor's song by Nine Inch Nails in his very own style with his dark baritone over a wispy acoustic guitar and some piano chords. I hurt myself today / to see if I still feel and What have I become my dearest friend? / Everyone I know goes away in the end are some kind of legacy or suicide notes. Somber, dark and for eternity. 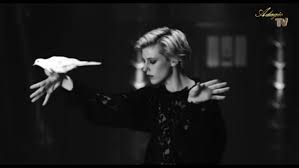 Warhaus is the new solo project of Belgian musician Maarten Devoldere. He released his first record called We Fucked A Flame Into Being (a rather strange name for the first record but someone that you will remember) a few days ago. It is somewhere between Nick Cave and a fiery Leonard Cohen he preaches decadence and coolness in a sonorous dark voice. With it's groovy bassline and the duett with Silvie Kreusch it is some kind music noir - played in the later hours of the day.


Today I woke up in an unusually manner early after a long and healthy sleep. So I got up, made me a good cup of coffee and went out on my balcony to watch the morning sunrise knowing that this is probably the last sunny day before autumn will come changing the leaves into beautiful colours. While I was sitting there the radio played the newest song by Bon Iver and I  thought it is the right one to post it on Sunday. If you don't know Bon Iver is the band project by American folk-singer/songwriter Justin Vernon. When he started back in 2007 he released a very intimate record recorded in a cabin in the forest. In the following steps of his career he added soul and R'n'B to his sound to get well known for a lot of people. For the newest evolution of his sound he used some electronic elements in his sound. For me a very good mix of electronic, pop, country and gospel but all this ingredients are just to assist the modulation of his voice.

Three In A Row - Again 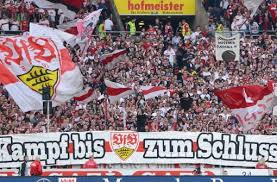 Another day in office with several meetings without a final result. So we have to finish and fix the jobs tomorrow. Feeling empty on my way home listening to the songs that shuffled up on my mobile phone. Then this songs appeared in a row and brought my memories back to years ago when this songs were in many ears. So this is a short insight into my spectrum to my musical influences over the last decades. Nothing special but some songs that mean a lot to me (not at all times but right now). Tomorrow is another match day for my team. Now they are number 2 at the table and we've got a new manager and coach. Seems like we going the right way. Anyway, it is the right way to finish working week and watch the game.

Enjoy and have great weekend.

Beat Your Heart Out


You might know that my team plays in the second league yet. And it is hard to join the new rhythm of the match day. Normally they used to play at Saturday/Sunday afternoon now they changed into starting after lunchtime. Following them in the stadium or on TV in the pub next door means to change your other dates to different times. And after watching them winning against the championship leader yesterday and celebrating the victory I had a hard day at hard at office and now I am glad being at home, listen to some music and finishing the day. Today's song is an old one from back in 2003 played by The Distillers. It was the band of the Australian born punk singer and guitarist Brodie Dalle and it one of those songs which were forgotten during the last years. A classic punk song with fast guitars, serrating riffs and drifty drums. Dalle's voice makes this song a bit of a classic. A hidden gem.


Devo, a band formed in the mid 70's in Akron, Ohio, were one of the weirdest bands during the upcoming punk/new wave era in the US. They dissent popular music to a minimum to open our ears to new sounds. One of their greatest was their version of The Rolling Stones classic Satisfaction. A very new and raw version of a song everybody knows for ages. Their first record from 1978 Q: Are We Not Me, A: We Are Devo is still outstanding for this era. They faced the way for many other bands from across the ocean like Talking Heads and more. This song is still a classic like Mongoloid and Jocko Homo. They are worth to give them a memory in this way. 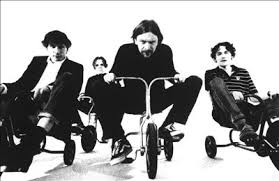 Yesterday we met for a family party at the restaurant of my niece. We met for a late breakfast that turned into a BBQ. I met a lot of members that I didn't talked to since months. We had a very good time with good conversations and fun until the afternoon. All in all a wonderful day with family.

Today's track is the new single from Scottish Alternative rock band Teenage Fanclub. I'm In Love has everything they stand for: softly strummed guitars, gorgeous harmonies and melodies other ones would die for. This could have been on of the song for summer if it would be released a few month ago.


A few days ago I heard the first song from the upcoming new album by Kings Of Leon Waste A Moment. Kings Of Leon were one of those bands of musical consensus when they released their first albums more than a decade ago. Those four brothers made a very own blend of Southern rock and Alternative rock. I really liked their songs but never turned into a big fan of them. So I wasn't surprised when I heard their new song for the first time. Still guitars we used to know by The Kinks, OhOhOh-refrains and brisk drums. Just music made for stadiums and sometimes it is all you want to hear (the disturbing video is much better).