The Levellers are a band that I followed since many decades. Not only for their political ambitions or for what they are standing for. They made so many songs I could agree with for many years. The Levellers released a few weeks ago a new record playing old songs in new arrangements with strings. Listening to this songs all over their career about almost 30 years makes still fun. And their lyrics are still worth to listen. More actual than many others these days.

Another stressful week is over and the weather forecast predicts a sunny and warm weekend. So there are no big plans than make myself a peaceful time and hanging around with a few friends. A perfect soundtrack to this could be Shadow Mountain a track from the new EP by Daniel Avery. Starting with a fuzzy and suggestive sound that was disturbed when the drums kick in and turn into a club track.


Long followers of this little place in the internet will know that I feature German bands from time to time. Not as a regular series but sometimes a (new) band appears on the scene that is worth to be featured - also in foreign countries. The recent days International Music released their first album Die Besten Jahre (The Best Years). It is a very unique sound. Reducing songs to their minimum to compose anew tones and sounds. It is like Jesus And Mary Jane meeting Can and F.S.K. for a record session. Above all floats in some songs a hardly handy, almost Shanty-like melancholy which one heard thus - quite differently - seldom in German music. It also seems like the mustache returns.


It is my 59th birthday today and only one year until my age starts with a 6. I won't complain about the age or where the years broke down as long as I am healthy and in a good shape. A few days ago I talked to some long time mates about our age and finally we agreed that the older we get the closer we get to retirement. But as long music means a lot to me, I can explore new music and I don't think like old men I still feel fresh and lusty for life.

And as a bonus a song by the great Nick Lowe that accompanied me during the last decades.


A few days ago NYC-based band released their new album Wide Awake! that is on heavy rotation when I find the time for music right now. Listening to their former releases that were sometimes hard to listen they made their masterpiece with this record. Seldom listened to a record that has so much influences from the last decades and creating a very unique but also different sound. Adapting the Dutch way of playing football in the early 70's and making a punk-styled song has some kind of belting.


That they listended to Joe Strummer you can hear in Tenderness a song Franz Ferdinand would die for.


Taking Talking Heads by the times of Remain In Light and leading them to a Mutant Disco in NYC is impossible? They did - and they did it well. 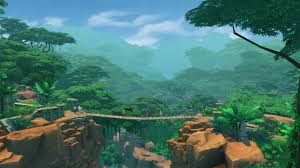 I am back after a short break where I didn't found much time to listen to music and writing on this blog. The reason is that friends from Sri Lanka came to visit and stay at my place. So we spent a lot of time together when I came back from office. Sitting together, talking or showing them some places worth to be seen in my area. They will stay for another couple of weeks so my output will be less than usual. Anyway, here's a new song by Jungle, a musical collective mainly playing a kind of modern indie-soul. This track has an hypnotic groove that is perfect basis for this falsetto voices.

It Is Blues Time Again


After six years an old favourite of mine released a new record. Ry Cooder made on Prodigal Son the same mixture as often before. A few of new songs and a great bundle of traditionals and forgotten songs. Cooder is still an observer about what happens round the world and finding the right classic blues records about what he has to say. From his first self titled record back in 1970 until now I followed him and his music. And I always loved how he played his bottleneck guitar.


A few days ago a new album was announced called Skeletal Blues by LOCKS, a band a never heard before. My first thought lead me to Nick Cave and his beautiful dark murder ballads. And I wasn't far away of it. LOCKS are a London based trio playing a superb dark folk. I couldn't imagine that the sound played with a double bass, fiddle and guitars will work - but it does. It is a bit like Nick Cave and Tom Waits deciding to follow the folk road. Music to walk over the graveyard at midnight.

Good To Have Them Back Again


Californian surf-noir group La Luz are back with their new album Floating Features. I featured them on this sites a few years ago because their retro but fresh sound fit a lot to my mood at these times. And their sound didn't changed. It is still a mixture of surf-inspired fuzzy guitars, great vocal harmonies and melodies. A record The Shadows or The Ventures would be jealous.