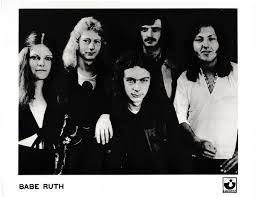 Babe Ruth is one of these forgotten bands that made a song in the early 70's that might be known be the elder ones but not often played these days. The Mexican is probably the song you could combine with this band. A song their first album First Base that combines classic rock styles with the music of Ennio Morricone. It was one of those songs from my very early days when I were introduced to music by older mates and one of those I come back from time to time. What this song makes outstanding is that they gamble with different genres. I don't know if this song is close to someone out there but for me it is a classic from almost 50 years ago and I still love it.

It took decades until I heard another song that was similar to this. I had to wait until it was featured in Tarantino's Kill Bill II. This appearance by Chingon was outstanding for me because I seldom saw artists play a song in a relaxed way they did. 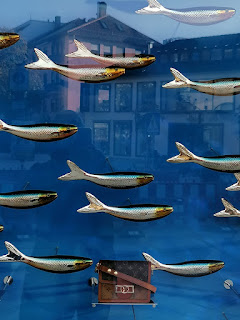 Back in 1980 another post-punk band appeared on the scene. The Monochrome Set were different to many other bands at this time because you can't classify them to a special sound. Strange lyrics and a distinctive intuition for melodies were a trademark for them. Love Zombies was their second album and for me a forgotten highlight of this era. I found this gem a few days ago as a copy on my external drive and I am happy to listen to them once again and turned to their 2018 superb album Maisieworld that was featured at this place when it was released.

I'll Be Your Mirror 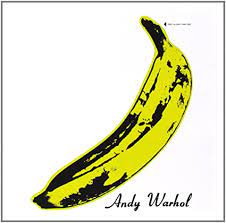 Sometimes I think it is hip to pay tribute to artists and re-recording their songs. Many of them failed because you can't beat the originals recorded decades ago. But there are less tributes that celebrates a great album. This happened a few days ago when the songs of Velvet Undergrounds first album was re-recorded. Different artists from old heroes and young musicians made this tribute worth to listen because their interpretation spreads from similar to the old sound to a very new interpretation of those classic songs. I don't like every of this cover versions but some are really worth to give them a listen because they included them to their very own sound. Anyway, it is a good reason to listen to the fantastic originals once again.

Khurangbin is a Houston, Texas based band and their music is a melting pot of soul, funk and psychedelic groove. A few weeks ago they released a remix album of their 2020 release  Mordechai. The music is dominated by Laura Lee's bass and the guitar chords by Mark Speer. When the originals have a flavour of easy going west-coast sound the remixes leads bit more into a relaxed sound that should be played as a background to a sundown cocktail. 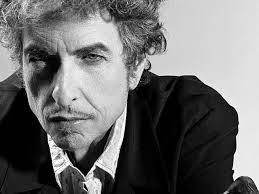 A few days ago Bob Dylan released another part of his bootleg series called Springtime in New York. It is full of outtakes from his early 80's albums like Infidels and it was the the time he hit the Christian road and I turned away from him. Not that I didn't liked him any more but it was the time he didn't have to say much to me and other music came very much closer to me. Listening to those mostly unreleased songs shows that he was still able to write and arrange great songs. Although Infidels was produced by Mark Knopfler (I like their first album but the rest is rubbish) the songs were not polished in a mainstream way and worth to give them another chance after all these years 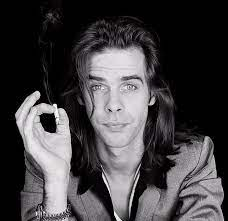 In addition to Echorich's yesterdays post about an album I really love I think it is necessary to post another song that I am firm with. Stagger Lee is one of those songs that made me looking to another side of life tht I am not close to. Nick told us a story of an outlaw gambling with his life and living on the edge. And I saw a lot of people coming close to Stagger Lee but not doing the things he did. But always looking from a different side of life to me. An incomprehensibility for me but this might be another fact of life. Anyway a fantastic song from the dark side of human beings. 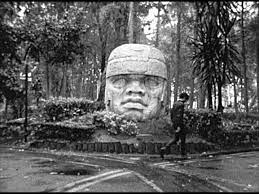 The fact that there are new bands in the world that keep the flags of post-punk or new wave keeps high makes me believe that nothing is lost in music. One of those are Sei Still (be quiet or shut up) a Mexican five piece band now located in Berlin that combines influences of krautrock (especially the motorik beat) and post-punk guitars. Not new of course but a sound that is fresh and natural. This could be released 40 years ago and sink in the mass of releases at this time. Good to have a new band that knows where they come from. 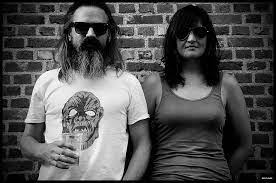 I came home from the pub next door yesterday watching the game of my team. Sadly we lost the game but it wasn't necessary against Leverkusen. But they played much more clever in short-handed for more than an hour. Anyway, to clear my mind I listened to Moon Duo's album Circles from 2012 when i got the first time aware of Ripley Johnson. Still a favorite of mine throughout the years and always a pleasure to come back to. There were so many times when I played his records that made me feel easy and safe. I couldn't make more compliments to his music. 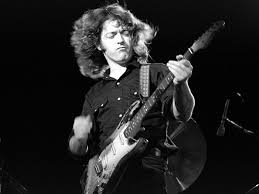 In the early 70's the music that was surround was stamped by blues-rock patterns. The older guys listened to their late 60's heroes like Canned Heat or Led Zeppelin. I grew up with them sound but didn't got very close to this sound. Once a friend introduced me to an Irish guitar slinger by the name of Rory Gallagher and I have to say he was the white one who could play a blues guitar like no other in these days. His first live album Live In Europe was one of the first records I bought and I play it from time to time with a smile on my face. This footage shows a live appearance in German television from 1972 a few years ago before he played the first Rockpalast show and he showed how great he was playing an acoustic guitar. 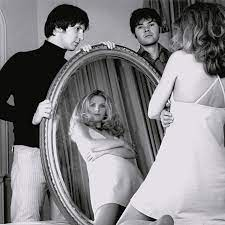 Saint Etienne released their 10th album I've Been Trying To Tell You a last week and for me it is one of the album highlights this year so far. 30 years after their groundbreaking album Foxbase Alpha they are still at the height of time. The rhythm and sound is still reduced to middle and minimum but they are still able to surprise me with great grooves. Penlop is one of the highlights of this album that grows the more you listen to it. Good to have them back and that some things don't change and remain in high class. 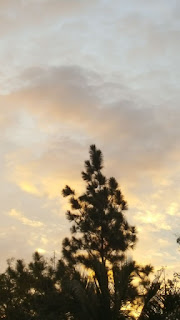 In these days I don't find the time to continue my blog with regular posts. On one hand because I my office treat me with multiple orders to finish quickly and further educations for workers' council and on the other hand I have less inspirations for regular postings. But I still try to come back to an everyday post. The only series I try to keep alive is our Monday's series. This one is from my Kungens Män, Stockholm's maybe greatest psychedelic band. I love their guitar sound and their long jams that take me to a place in space where I can relax. This one is from Trappmusic their latest album from 2020 and different to many other releases by them. Their sound is softer than on other albums and moves towards a chill out music or late 60's drug inspired releases. For me one of those albums that grows the more you listen to it. 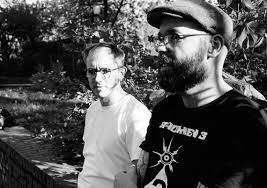 Phantom Horse a Hamburg/Nijmegen based duo by Ulf Schütte and Niklas Domaschk and released this song a few days ago on a split LP with Hellvette a band from Netherland playing their own style in harmonium based electronics. This song is a very fine piece in krautrock inspired electronic programmings. I enjoyed the poignant mood on this song for several times since I first listened to it
Eingestellt von Walter um 06:13 1 Kommentar: 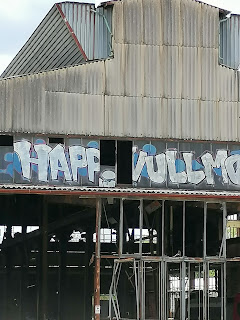 Margee is the musical by Alexandre Gimard, a producer from South of France based in Éze, Cote d' Azur a small village between Nice and Monaco. Maybe it is because of this beautiful region why he makes one of the best deephouse sounds around. Otherwise it is possible that he fetched his sound to the new club sound made these days in Netherlands. After a few digital released he releases his first vinyl EP during the next weeks showing us his abilities as a producer and a guitarist of low-slung groove and great hooks. And it doesn't surprise me that there is a Hardway Bros remix on this excellent record.