One of the best German criminal TV serials is going to season 3 in a few weeks. Based on a very good novel by Volker Kutscher the serial shows a very true picture how Berlin in the 20's was. The series plays in Berlin of 1929 be extreme as itself because of the increasing economic problems as well as the strengthening resulting from it and the radicalization increasing again him and left organisations already the failure of the Weimar republic draws. The main protagonist commissioner Gereon Rath suffers, how many ex-servicemen in this time, under the postal-traumatic load disturbance of the war shivering which is an after-effect of the application in the First World War. During his investigations he gets into contact with drugs, politics, murder and extremism. Rath's nvestigations soon go out the original custom-police sphere and interfere with the violent discussions between Trotskyist and Stalinisten, to the unlawful arms trade and the riots of the blood Mai. The best I can say about this serial is that the combine historical facts with a great entertainment.


One of the scenes is Moka Efti, a big night club in Berlin of the 1920s and they tried to film the lust for life in this small clip. 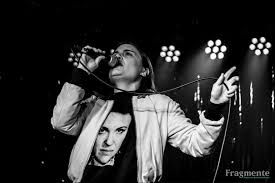 Last Autumn Shari Vari was featured at this place when they released their first album Now. I still like their minimalist sound using elements of Suicide and Psychobilly and creating a new unique sound. These days they released an EP with remixes of their songs. The speed was reduced but  it works well with bleeps and echos. A fine surprise these days.

This will be a strange day because episodes end today. First a fellow I worked together for 15 years will have his last working day before he gets retired. We started as co-workers and finally became friends. He was one the few different people in my office that also was an exalted music lover and a great supporter of VfB Stuttgart. Later this day I will join one of my favorite pubs for the last time. It is the first one in my town who became victim of Covid-19. Almost three months the pub was closed and the owner had no chance to make business volume. Sure the government was there to give her cheap loans but you have to pay back the credit in the future. And if the sales are just enough to make a living from I can understand that you easier want to live without debts than to agonize how to pay the monthly rates. So me and a handful of regular customers were invited to have a last good evening there. I gave thoughts what songs would fit to this and came back to Iggy Pop because songs from The Idiot were played often at this place. A great place to be will be closed but we will remember the good times we had there talking, playing pool, dart or just watching football on TV.


Another song that appeared on my mobile phone when I was on my way to the office and I can't get it out of my head. Killing Joke had like many other bands of the early post-punk era a great bass player and a feeling for funk. That they are able to make dub versions of their songs they confirmed many times.


Duster is a San Jose, California based post-/space-rock band from the late 90's. They reformed two years ago and reissue their gradually by their new label and they did the same with their side project Valium Aggelein. As far as I know they only released one album Hier Kommt Der Schwarze Mond/The Black Moon. And Valium is their agenda. I rather call it spacey slow core because rhythm is reduced to a minimum and only guitar improvisations rule their songs added with slight drums and piano fragments. Not a sound from earth.


In the times when punk broke and new wave began to conquer the world the music print medias mostly ignored it or told us that it was just another trend of the year and will be gone soon. The only magazine that argued with this in Germany in 1979 was SOUNDS (SPEX as the main medium for new music appeared one year later). I remember the discourses in the editorial office of the magazine about the new music and the old ones that stuck in their old musical taste praising all the yesterdays music as surpassing. As a part of the DIY-culture two SOUNDS editors formed with  Holger Hiller (shortly later co-former of Fehlfarben) a band called Geisterfahrer (wrong-way driver). Their first album is called Schatten Voraus (Shades Ahead) and a typical product of German new wave. It is a mixture of cold-wave and gothic rock that prepared the road for dark-wave. Their music was groundbreaking in Germany and sadly they never got the critical acclaim they should have and it is worth to remember them. Maybe it is the start of small series. 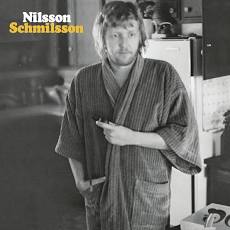 Like many others in these days California based singer-songwriter Ty Segall used the time of staying at home to finish a project that was running around his brain for a longer time. He covered his favorite cuts from Harry Nilsson's 1971 album Nilsson Schmilsson. And he did a great job playing this songs in his lo-fi, psychedelic influenced style. A true and unexpected gift by an artist that should be featured much earlier at this place. You can get the whole recording as a free download here.

Another year is gone and I will be 61 years old. When I view back the last 12 months many things we used to do has completely changed, something is going in a worse political direction and no one knows what the future will bring. My basis is my family and a few good friends you can trust. So I will meet a part of them later this day to start into another year.

Today's a bank holiday in southern Germany and usually celebrated as father's day. Normally guys meet for hiking through the countryside to stop by several beer gardens for a pint. In these lockdown days it is not allowed to meet in bigger groups and not all of the the beer gardens are re-opened. A few days ago I was invited by a friend to go out walking for an hour or so looking for a place where we can get a pint anyway the circumstances are. So I agreed and I will see what will happen. Today's track is a re-release by High Boys, two Stockholm, Sweden and Denmark based electronic DJ's and electronic musicians. Drunken Master is a lovely piece of experimental techno and convinced with a few hypnotic sound effects over a steady beat.


Jean-Louis Huhta as one half of High Boys released several tracks under Dungeon Acid and made also some fine tunes inspired by techno, acid and electronic Krautrock. 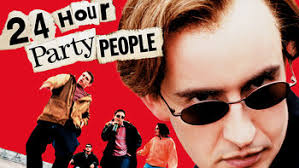 Last weekend I watched 24 Hour Party People the comedy-drama biopic about the rise of Mancester's popular music scene especially Factory Records once again on television. I think I don't have to say much about Factory Records because a lot of was already said by Adam over the last years. What I can say is that it is always fun to watch Michael Winterbottom's movie because he convey the spirit of music from the first Sex Pistols concert into rave and DJ culture. And it is also a tribute to Tony Wilson without him this probably didn't happened the way it did. The development of this music was the road in music that I decided for me. There are so many bands and songs in this movie that makes me grab out my old records and listen to them once again with a smile on my face.


One of the first synth-pop album I purchased was Reproduction by The Human League in 1979 because it was part of a sampler called Who's Afraid Of The 80's featuring very new sounds by Talking Heads, The Ruts, XTC and The Human League. Empire State Human was a song I really played often at my place and I can't explain why I this kind of music became a part of me since. It was different to many others I used to hear and it introduced me into another kind of music. I think without them and their first album I didn't got aware to many other electronic and synth based bands that came after them.


Obey The Time, Durutti Culumn's album from 1989 was re-released in a so called deluxe edition. I always had a favor for this album but the additional material shows Vini Reily at his best performing live in Manchester in 1980. It is always a pleasure listening to him and his acid guitar. Simply a masterpiece. 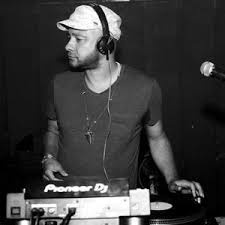 A few days ago Nightmares On Wax came back to my memory while I was reading a newspaper article  about Warp-records and I listened to Smokers Delight again after a long time. Nightmares on Wax was the stage name of Leeds DJ and producer George Evelyn. The album was released in 1995 when trip-hop had the peak of it's success. I have to admit that this kind of music was on heavy rotation on my turntable 25 years ago and still is a genre I come back to regular.


Last week I rediscovered a band I really didn't listen to for a very long time. The Leather Nun were formed in 1978 in Gothenburg, Sweden and played a Velvet Underground and Iggy Pop inspired industrial goth rock. I remember their song Slow Death was played almost to dead in many alternative discos in the early 80's. A febrile piece of music dominated by a gloomy and menacing bass, aggressive guitar licks and a morbid voice. After a long time this song hasn't lost any attraction to me.

They borrowed their name by an American underground comic and they liked to provoke their audience by being accompanied by strippers when they were on stage and showing adult movies as a part of their live appearance.  Only for a scandalizing moment are this kind of lyrics music acceptable and I am glad not everybody understood the meaning. The music by itself is great.