I can't remember posting anything from Japan/David Sylvian during the years and I don't know why I didn't. A few days ago I grabbed Brilliant Trees, the first solo album by David Sylvian and listened to after long years. It was back in 1984 when the album was released and I bought it by recommendation of a friend without listening to any song, knowing about the good taste of my mate. When I put the lp on my record player and listened to the songs I was bemused of the sound and the voice of David Sylvian. An accumulation of longer songs with no melody you can catch the first time. The bass was dominant in the foreground, drums and guitars seemed not to fit together and the leading voice was between singing and speaking. Well - it's another arty record in my collection I thought for myself and forgot this record while there was a lot of other great music around these days. A few years later I came home late at night after watching a football game with some of my friends and I wasn't tired enough to go to bed and wanted a last drink while listening to some music. I can't remember why I've chosen Brilliant Trees but in this mood I fell in love with this record. Suddenly I could see the whole concept in these songs and I understood that this was the plan. These songs are compositions not only songs. 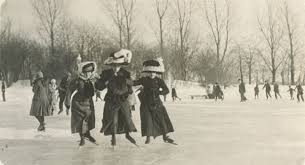 You might know that I am not a regular listener to the radio. I get sick of these mainstream stations playing the same kind of songs over and over again. When I listen to some of these stations than to some live sessions like BBC 6 music. A few days ago I listened to a live session over at Austrian fm4.at. They featured a band from Graz, Austria and I enjoyed what I heard. It is not the next big thing and maybe you listened often enough to music like this: Indie-pop songs that start slowly to end with heavy guitars. It was 45 minutes of joy listening to Farewell Dear Ghost (it was the name that made me interesting and listen to their show). Nothing more or less. And this is not the worst to start into the weekend.

Talking Heads appeared on the late 70s as one of these American New Wave bands that brought us a very new sound. Their first record was very experimental in a way as they were searching for their sound. Songs full of simple figures and rhythm with David Byrne's hypertensive vocals. For their second album they signed Brian Eno as a producer and they slipped more and more into black music - especially Funk. Best example was their version of Al Green's version of Take Me To The River.


A few years later they made the funk in their music perfect. The bass-line on Houses In Motion might be a good example for.


In 1980 Tina Weymouth and Chris Frantz started with their side project Tom Tom Club to experiment with some different sounds. Rap, Soul and Rock based on a fundament of Funk. Of course not the music of today but in these times this kind of sound was new and we loved every kind of music that we could dance to.


And even the classic song by The Drifters sounded new and fresh these days.

The Savages are a four piece female London based band formed a few years ago and living the spirit of Siouxise Sioux and the early P.J. Harvey with a few ingredients of Joy Division. Some might call them retro post-punk but for me it is just fresh and individual guitar dominated new wave based rock music. Angular guitar riffs, a bass sharp as a razor and aggressive lyrics makes them unique in these days.The more I listen to their new record Adore Life I find more and more references to early 80s independent music and I can imagine that they would be live better than on their latest record. 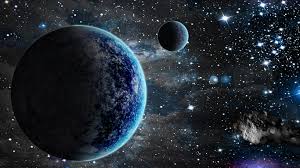 A long time ago I posted a song by Thousend Foot Whale Claw, Phobos, a quartet from Austin, Texas. I don't know much about them and they release less records. Phobos is one of these songs I could listen to very often because it is something special. Deeply based in electronic music with a lot of reverences to Krautrock. Their songs are mostly extended and sound like ambient outer space samples and minimal percussion. Sounds like a psychedelic trip into space.

Gene Vincent was one of those artists that grew up in the Southern states of the United States with a lot of influence of Country, Rhythm and Blues and Gospel. After school he signed to the Navy and was a part of the army in the Korean war. After an accident with his motorcycle his leg was damaged and he had to wear a metal rail. That's the reason why he didn't move much when he was performing. Be-Bop-A-Lula is his most popular song and always worth to listen sometimes. 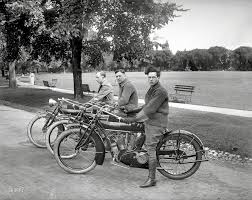 Yeasayer is an experimental band from Brooklyn, NY known for their combination of electronic music, world music and classical rock band instruments. This is a song from their upcoming next album and they put nearly everything in this song: indie rock, space electronics, world music, some ghosty folk and a bit of coral singing. Not to bad to start the week.

Drew published yesterday a fantastic version of a song originally from Yeasayer. Jon Hopkins' version is fantastic and you really don't need to listen to the original - the version of this song are much better.

The song for this cloudy, wet and cold Sunday is the latest release of the Vienna based band A Life, A Song, A Cigarette. Mostly they play a variation of alternative country and it's not my favourite kind of music. But this song is right for a moody Sunday. And an amazing video by the way. 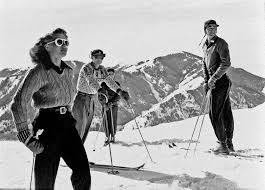 More than 30 years ago Gang of Four appeared on the scene with phenomenal records. It was pure post-punk / new wave with a lot of funk in their sound. Their sound was always minimal but the bass ruled over everything and the guitars played nearly painful. I always thought that the members were leftlist when I listened to the lyrics of their songs. After all the years that gone by I still love their music and I am always happy to listen to their songs.

Enjoy and have a good weekend.

Three In A Row

Yesterday it was very stressful to come home by public train. When I came to the station they announced that no train was running for the next two hours because the found an aircraft bomb from World War II while they were rebuilding the main station in Stuttgart. There was a lot of confusion to get to the best connection to find a train to bring you home. I decided to be calm and go for the next chance to get a train that will take me home. In this mood I just watched the masses running a hectic pace and listened to the music on my mobile phone. This was the three songs that appeared in a row. It was funny to listen to that up-tempo songs while others almost went crazy to get the next train.


Man of Astroman? is a a surf rock group from Alabama celebrating the sound of Dick Dale and The Spotnicks. Deeply based in this genre they mashed it up with sience fiction and some audio samples. This is not new for sure but still worth to listen sometimes to. Raw, mean surf guitars from outer space.


While I was searching youtube for some music I stumbled into early 80s electronic music and found some classics by Anne Clark. Her music was very unusual for these times while most of us listened to post punk and New Wave. Her combination of spoken word, electronic music and dancefloor was very new to us but it was a sound a lot of mates could agree to. The best credit I can give to her is, that she opened our ears to another kind of sound. Nice to remember this after 30 years.

Listened To The Words Of Alexander Hacke

Two days ago I listened to a radio feature about Alexander Hacke former guitarist and bass player of Einstürzende Neubauten maybe which had a massive influence on electric music. Featuring his new biography he talked a lot of the times in the early 80s while he lived door to door to David Bowie and Iggy Pop. It was a very interesting and entertaining hour listen to him and his stories and I think a go out to buy his book. This are some songs they played based on Hacke's own choice.