I ordered Spotify monthly by cash and every Monday they introduce me songs that are similar to my musical choice on Spotify.  Yesterday they surprised me with a song by Eight Dayz a project by German skateboarder Claus Grabke. He was a star in the skateboard scene, winning 19 times the German championship in skateboard. I didn't knew that he made music alongside his sport but I was surprised that he made a song that would be able to be in the history of classic pub-rock songs. It is just a flashback into times long gone by.

Enjoy and listen to (sorry that I don't have any other material to show you).

Today I am leaving for a few weeks and I try to publish some post from time to time. Regular posts will appear in the middle of March.

Have a great time until then people.


It is 40 years ago today when Nina Hagen released her first record called Nina Hagen Band after her expatriation from Eastern Germany. She was the stepdaughter of Wolf Biermann, a dissident and critical singer-songwriter from the other side of the wall. She made success in Eastern Germany with some kind of schlager in her origin country. After she crossed the border she went straight to London and anticipated the upcoming punk scene. She got in touch with punk and reggae and got befriended with Ari Up and The Slits. She also found some German musicians on the island and back to Germany they released their first album. It is certainly not a punk album in music because there were too many ingredients of classic rock inside but her voice blew us all away. Probably because she sung their songs in  our language. The Nina Hagen Band is still a record you can listen to after all these decades and having fun (if only you remember the times the record was released). I remember back then when I saw her live once. It was a terrific set. Nina in front of the band acting like none we've seen before. She filled the venue with her classical trained voice. Sadly she never reached the level of her first record. 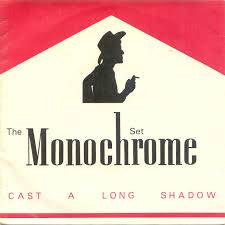 Less bands from the late 70's are still alive and give us new songs every couple of years. And very less have the quality to listen more than once to the songs. The Monochrome Set are one of them. Re-formed in 2000 they released several albums on German record label Tapete-records. Cosmomaut from 2016 surprised me much and now they released their newest album Maisieworld. Another record filled with great little timeless songs. Sophisticated guitar pop and songs with hooks added with fine guitar solos are the trademark for The Monochrome Set. Not the worst to start into Sunday Morning.


These days the new album by Caroline Rose was hyped by the media. She's an American alternative singer/songwriter trying to bring together US-independent with MIA-style British sound. It doesn't work bad in the moment but it will be nothing you will remember a few years ago.


Going back a few years ago she released a record that was deeply based in American independent singer/songwriter style. You can see listening to this songs that she was able to do something different to most of the other artists in this genre. So I have to say that she's lost the chance to make a real good record.


It is 44 years ago when country music was presented in German TV (a few years ago they showed us a 45 minutes live performance by Johnny Cash). Dr. Hook and the Medicine Show were a band a lot of folks could agree to. Not only because of the music - the lyrics often written by Shel Silversteen was also worth to listen to. Mostly humorous, satirical or just pure love songs but always funny to listen. I fell in love to this band in the early 70's when I went for the first time to Roskilde festival. The band played their set and the came back for encore totally naked and played two more songs. Dr. Hook was a band that changed between classic country and country influenced rock. And I still believe that they didn't played without booze and/or drugs and alcohol. But the audience still enjoyed what these freaks did. They are one of these reasons I turned into country music.


I still like their first album but the best one for was Bankrupt from 1975 (probably one before they turned into mainstream).


He was a short order cook, and not too much to look at
And he traded in his foot, for a medal in the war
He loved a girl named Lila, in a bar across the highway
And you ought to see him smilin' at her comin' through the door


Lila always knew, she wasn't no ravin' beauty
She traded in her virtue to a trucker at sixteen
But she forgets to remember how he left her off in Denver
When she sees her Cooky smilin' as she opens up the screen


And he says
"Hi Lila, how about a cup of coffee?
Take a load off, take your shoes off, here's the sugar and the cream"
Cooky's been to war and Lila's been to Denver
And both of them are casualties of someone else's dream

During last weekend I sorted my albums once again and I found a two albums by Muddy Waters I didn't listen to for ages. Looking at all these very old albums I realized that I have a copy of Muddy Water's London Sessions a collaboration with young musicians deeply based in blues like Rory Gallagher and Stevie Winwood. After listening to this record again I got attracted to this kind of music once again. Muddy Waters had a huge influence to all the early 60's blues musicians and he was one of the first ones who played an electric blues guitar. After listening to his songs again I ask myself what is the attraction to his music still? Probably because it is music that is actually true and comes from deep of his heart.

Another Band From The Past


There are less bands that impressed me with their very unique sound during many decades. One of them are Glasgow's The Pastels. Formed an another independent guitar based band their sound grew more and more subtle. The reason is probably their collaboration with other bands and theatre productions. Anyway, a band that should be featured often because they made timeless music. 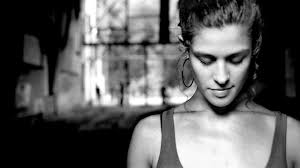 Dessa was a new name to me when I listened the first time to her new song Fire Drill. She's an American rapper, singer and spoken words artist. On this song she combines spoken word lyric with a mighty pop-hook over a guitar playing in an Arabic style.

Get Home To Peel

The bygone days I rummaged in the Peel archives and got into a band that was always in my mind of their biggest success with Saturday Night Beneath The Plastic Palm Trees in the late 70's. It is a song I love still I heard it almost 40 years ago. For me they made the sound a lot of people could agree with. Trained on the stage in the late pub rock scene they were above the average of the very most other bands (and there were a lot) at these days. Listening to these songs again makes me wonder why they didn't made it grade.