Spent The Night With ... Cheena


A few weeks ago I located Cheena's first record and from the first listening I was excited by this sound. These songs took me back to times decades ago when New York brought us bands like New York Dolls. It sounds like 70's-inspired punk rock with a lot of glam in it. Most of the songs were fast, enthusiastic and pure with a great rhythm section. I've never been there but I think this music would be similar to the CBGB's sound of the late 70's. Sometimes they add a slide-guitar to their sound or have a country-blues-rock influence in their sound. In another way they remind me a lot of the early Gun Club. I listen to this record since a few days and have to say that it doesn't get boring.


This is not a cover version in the classic way. But HMHB made a unique version at a Peel-session years age based on the old Leadbelly song. Not taking the words one by one and adding an accordion to their sound. I always loved HMHB and their humour in music making cover versions with new lyrics in their very own style. It is a classic song that sounds great in almost every version ever made. Here are some examples of what could be interpreting this old song.


My oldest brother is a huge fan of folk based punk-rock. Compiling a CD for his travel into holidays I remembered a band from the early 80's we both went for a concert. The Men They Couldn't Hang were new to us like The Pogues but in a different way. When The Pogues played their Irish style the Men They Couldn't Hang played traditional folk music in a very fast way. They also picked up political grievances from the last centuries and played it to us. It is amazing how good these songs work after many decades.

Not Forgiving You This


Listening to an Austrian internet radio station recently I was trapped by Not Forgiving You This the latest release by the 20 years old Austrian chanteuse AVEC. Not that this is the next big thing to follow but this song has some kind of magic in it. It is her voice, tender and bitter that touched me. Her songs are held in a minimalistic way - often her voice go along with an acoustic guitar and reduced drums. Music for sentimental moods - and this is not a worse thing I can say about a song.


Typing these words into my notebook I became aware that I heard another song from her about a year ago. I think this was the song many of my neighbours in Austria will know. 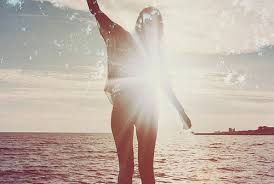 Never thought that I will ever post music by Russians but this track is worth it. Moonbeam is a long time collaboration of two brothers doing their DJ-thing. It's a track between trance, progressive house and atmospheric techno. Just right to start the day with the first cup of coffee on the balcony.


I think I have posted this song minimum one time and I hope that you're not bored to death showing up once again. It is just the fact that I am sitting on my balcony on a beautiful summer evening with a glass of vine listening to music that accompanied me for ages. Spacemen 3 was one of them. I really love their raw, mean psychedelic sound especially Revolution which is only based on a few chords. But what they made out of it was genius. I remember when German DJ Alan Bangs had his two hour weekly radio show on broadcast in the 80's playing new and old music. I used to listen to his shows because I got new inspirations. You may call him the poor men's John Peel but he did a very good job in these days. Sadly German broadcast closed his show because it wasn't mainstream at all. Me and a couple of friends met for his last show knowing that he was sad about not going further with his show. In regular wise he announced the artists he played but on his last show he just played the music from the last decades he liked much. And I will never forget that he played this song at his last show. Still great after all the years and worth to be played from time to time.


We Were Promised Jetpacks are a Scottish Indie Rock band based in Edinburgh and making records since more than a decade. I found this song the recent days while investigating in the net. It is a bluesy based song with vocals deep in echoes and a very bluesy guitar. They create a deep, raw and disturbing sound on this record. Seems like a sound from hell. New to me and worth for further investigations.


Mick Harvey is well known by his long time collaboration with Nick Cave, PJ Harvey and The Birthday Party. Years ago he installed a project translating the songs of Serge Gainbourg into English. His latest record Delirium  Tremens (what a name for a record) was released a few weeks ago and I only found less songs from it in the www. I really like his interpretations of Serge's songs. Almost slow ones with a whispered voice and his genius guitar in the back. Another soundtrack for the time round midnight.

They Don't Make Clips Like This Any More Pt 6


There is no time today to lose a lot of words about the clips presenting here. I am sure most of you will know them well. So let's take a walk on memory lane and enjoy the memories you have to these songs of an era long gone.


In 1978 The Rezillos released their first record Can't Stand The Rezillos, a classic record by the upcoming punk/new wave era. Probably they were one of the first bands covering songs from the long gone by 60's. It was unusually in these early days paying references to songs most of them raised with. The songs were all dominated by raging guitars, drifty rhythms and singalong lyrics. These both covers by Fleetwod Mac and Dave Clark Five showed the great abilities of this unforgotten Edinburgh band.