Some Legends Are Back


Almost 40 years ago Paul Cook and Steve Jones formed from the ashes of Sex Pistols a new band. The Professionals were on the scene for a couple of years and disbanded in the early 80's. They were just a short story in music history and I have to admit that I didn't spent a mind about them until I read the news that they appeared on the scene with a new record. What In The World is nothing more or less than a good record celebrating the punk days today. Cook assembled some old buddies like Tom Spencer, Billy Duffy, Marco Pirroni and Mick Jones around him and it seems like they had real fun playing together. Most of the songs were dominated by punk riffs, catchy hooks and pushed rhythm. It is pure fun to listen to those old men playing.


How does a good cover version go? Most cover versions are unnecessary. Are well suited as a B-side or as valuable one for a live concert. One can destroy the original on purpose, filter out only the essence and breathe own interesting mind into the song or try to come close possibly to the origin.

Carla Bruni is known before all things beside Naomi Campbell, Cindy Crawford or Claudia Schiffer as one of the great model models of the glamorous 90s years and as a wife of the former French president Nicolas Sarkozy. However, she makes long already also to music, successfully and anything but the worst one. Mostly is the gentle tastefully jazzy folk pop with acoustic guitar, for boutiques, lounges and Philippe Starck designed rooms. From time to time I listen to her songs and I can still enjoy them. I was surprised that she offered a new record filled with cover versions. She covered on French Touch songs by Depeche Mode, The Clash as well as songs by Lou Reed or The Rolling Stones. Miss You is from the RS era when they tried to take the disco-route. Carla Bruni charges the song with gentle grooving and Latin air, lays string player underneath and whispering cryptically. And, nevertheless, just then there a big art lies: to stay close to the original, besides, nevertheless, leave clearly own perfume and draw out of a 1000-fold heard song new puzzling magic.


Regular follower of this blog might know that I featured Nick Murphy from time to time. The Australian singer-songwriter and producer is certainly not the next big thing in music but I like his songs much. His songs are a melting pot of fevered R'n'B, digital soul gloomy indie. On his latest single he adds some earthy blues to his sound and I have to say that it fits to his music.

Later this day I will go to support my team against Freiburg. A so called derby about SBadwabians and Badens. Both close to the bottom of the table and necessary for both to catch some points.

Have a great Sunday.

Nothing More To Say


There are less non-Jamaican reggae artists that made me listening to more than once. I I should name The Clash, The Specials or The Selector you might know what I mean. But a few weeks ago I got aware of an band based in Queens named The Frightnrs that made a very own and great interpretation of vintage rocksteady and early reggae that is worth to be listened to. All the songs from their debut album Nothing More To Say from last year is ruled by the falsetto of lead singer Dan Klein. Some might say it is retro but if today a band is able to make songs in this tradition I would call it great. 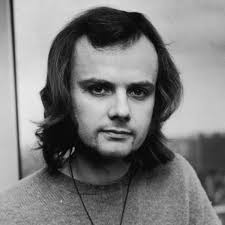 It is 14 years ago that probably the best and most innovative DJ passed away and I don't have to leave many words about him and the influence of many different music styles to our taste during the last decades. Dirk once met him and he could be lucky enough for it. Remembering him I knew him about the press in the early 80's were internet wasn't available. His shows could only listened to in middle Germany via BFBS. I had some friends at this time in Recklinghausen and they taped me his shows on cassettes. Every four or six weeks they send me the tapes from his latest shows. Therefore I was privileged to listen to new music. Sadly I lost these tapes during some moves in the last years. But I still remember the days when I opened the mailbox and the tapes arrived. I was so excited to put them into the player and listen for a hours to listen to him. To his honour I will feature one of his all time favourite bands of all time. The Fall made one of their sessions on October 25th 1988. It shows the band at a good shape and Squid Lord and Kurious Oranj are still worth to listen to after all this years.


... is the name of the new album by Kieran Hebden aka Four Tet. I follow him since a long time and it doesn't matter if he's in dance music or folk inspired electronic music. Two Thousand And Seventeen is the healing sound for a year that was embossed by political madness, tragedy and frustration. It is a little piece of magic with its reduced rhythm and melancholy and hopeful sound.


With SW9 9SL he shows references to the Bristol sound and to all-night ravers. More electric than eclectic and a wonderful piece of electric music.


You Are Loved shows another side of his abilities of creating music. Close to the sound of Selected Ambient Works he mixes breaks with synth  sweeps that you can get lost in them.


I know that this is not the music for everyone but if you find some time to listen intensive to this songs you might see the magic that is inside them.
Eingestellt von Walter um 06:07 1 Kommentar:


I took a little break in posting for a few days because I was too busy with different other things and work around. My annual holidays are yet to come and in five weeks I will go for a few weeks to Sri Lanka again to recreate from all what happened or was necessary to do in the last month. So I had to organize in my office anything when I will leave for five weeks in early December. That is not all I watched my team different times during the last weeks and it was on terrible times when they started to play. Friday evening for example the started at 8:30 p.m. and when I came back it was long after midnight and I was out of my usual rhythm for the weekend. Anyway I don't want to complain because me and a couple of friends will take the chance to watch them live in the cup match in Kaiserlautern on Wednesday. We will finish our work earlier and take a two hour ride to a traditional derby. I am sure that we will win there - and if not we will surely have a great time. Therefore congrats to Raith and Airdrieonians for winning against Airbroath and coming back with one point from Ayr.

Today's songs are from a new New York based singer/songwriter Courtney Farren. I got aware of her about a promotion letter and I was highly amused about her. It is true that I never heard intensive songs like these for a long time. Courtney's emotionally driven and heartfelt songwriting  is far over the average and I really would like to see her live because when she sings I think that her words are fueled by honesty and a sense of urgency.

The Noice Journal wrote some true words about her that I could only agree to:
"Courtney Farren is a talented musician, writing emotional ballads but there's more...she doesn't weep like all mainstream singers. She plays the guitar and sings like you're sipping on a spirit with her, sometimes complaining, sometimes realizing the glory of all human relationships, or just as explaining her view. Warm voice, de profundis chat, and an artist who you really need to listen to"


A few days ago I discovered The Fixx once again and thought about writing a post about them. But Brian made a great post about them and I have nothing more to say about them than he did. So I took the chance to switch to another song from this era. Tubeway Army were one of these bands that made the song of the summer in this year. Back in 1979 Gary Numan surprised us with one of the first electronic songs in the New Wave era. This song was new, shocking and not compatible to the music we used to listen at these days. Listening back to these days and playing this song again it is more than compatible to my current taste. It was groundbreaking almost 40 years ago and still a classic.


It is almost 30 years ago when The Orchids, another Glasgow band released their first single. Therefore to celebrate this anniversary Cherry Red released a retrospective of their singles, lp-cuts and rarities. When I got the news I remembered that there is a their first 10-inch in my collection. Lyceum was released in the late 80's and several years too late to become famous. It was filled with great and timeless songs. I have to admit that it took this retrospective to take me back to The Orchids and their songs. A lot of similar bands were featured and praised but they got  forgotten. I would like to give them another chance at this place that more people could get aware of their greatness.


To be honest I always liked the music of Serge Gainsbourg because it sounds to be from a different world. I loved his voice and the lyrics as far as I understood them in past days and I always returned to him from time to time. I knew a few songs from his daughter together with Jane Birkin Charlotte. I was surprised that she announced a new record after a very long time staying absent from music. The first track from the so titled album was Rest, a piano based ballad. Their latest appetizer for the new album was Deadly Valentine a much more electronic adventure for her. Based on hypnotic electric beats her voice flows like mist over a river. Beautiful to start into Sunday.