Almost one year ago German post-punk, neo-new-wave band International Music released their first album. It was on rotation during the last year at my place but never made it to a heavy rotation. I can't explain why because lyrics and music are far above the average of most of I listened to during the last years. International Music is a band that know very well were their roots are. Early 80's new wave with a great bassline and hooks. It is a record I came back the last weeks more and more and their sound didn't lost the attraction it had when I first listened to them. Another German band that should be listened to out of my home country. Many words of their lyrics were wise and grabs some older ones. For example the refrain of Mont St. Michel - it might not be true for everyone but it makes me thinking about these words.


Knee broken, hairstyle is shits, the prime of life is over


Gwenifer Raymond released one of the forgotten albums last year. The Welsh multi-instrumentalist from Cardiff plays on her album You Never Were Much Of A Dance guitar and banjo without singing. I have to admit that I didn't listen to an album like this during the last decade and it still makes me happy listen to her songs.


Very sad news I heard this evening. Mark Hollis died after a short disease at the age of 64. He was well known as the leading figure of Talk Talk a band that was well known as of of the leading artists of the so called new romantic movement in the mid 80's. For me Mark Hollis was much more than another artist in a popular band that released several chart breaking singles more than 30 years ago. We all know the songs from their first records but for me Talk Talk released their best record 1999 when they recorded their last live appearance London 1986. Hollis performed his greatest song in a very unique way, very intimate and far away from public expectations in his music. For me it is his legacy to generations that will come and for me it is one of the best live albums of every time. Songs with feelings and atmosphere played by great musicians that didn't care about success.

In the early days of punk a few only female bands tried to get in touch with the male ruled rock music. The Slits in Britain were one of them and Bush Tetras were the equivalent across the Atlantic ocean. Both tried to show their very unique sound to a greater audience. While The Slits got their place in musical history Bush Tetras are one the forgotten bands from the late 70's. Their first releases were one of those me and a couple of lads used to listen to because they made a crossover of punk and funk before many others tried to to the same. Their sound was rough and dirty and we loved their guitars and vocals and kept them as a well known secret in our place. It is sad that we couldn't gave them a listen to other people because they weren't worse than many other British bands in this era. Their combination of punk and rock attitudes with funk and new wave were awesome. I think it  is necessary to remember them at this little place in the net. 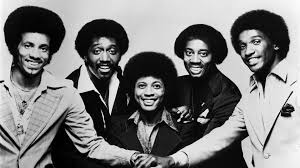 It is time for a monument of a song in this series. Temptation covered a song by Motowns's Undisputed Truth and made made a milestone of soul and funk with their version. Unusual for 1973 Norman Whitfield who also wrote and produced the original took Papa Was a Rolling Stone to re-record it with The Temptations. And indeed the song starts unusual with an extended intro until a plucked bass and hi-hats forms the musical theme. Later other instruments join the theme with blues and wah-wah guitar, electric piano, strings, trumpets and handclaps. This long version is a regular guest at my place.

The Temptations - Papa Was a Rolling Stone

And as a bonus the original short version


Another occasion to feature HVOB on this pages once again is the release of their latest single Bloom from their forthcoming album. HVOB is an Vienna based Austrian producer duo formed five years ago. Musically the duet moves between techno and electronica and they hold her songs rather minimalist and unfold a melancholy atmosphere. The filmed landscapes of left buildings and rivers probably somewhere in the former Soviet Union are perfect to Anna Müller's whispered vocals and Paul Wallner's electronic escapes. Looking forward to see them live in June.


Looking back to my posts I got aware that I never featured Chaka Khan on this sites. She is an artist that companied me during the last decades and I always got back to her. From the first days with Rufus her voice attracted me like seldom heard before. She's so a beautiful and soulful voice that many others that are famous should shut their mouth and be grateful to listen to her. She always had open ears for new sounds and tried to integrate them to her funky, jazzy and fusion sound. Even if it was some kind of rap or other funky stuff, she is able to incorporate to her sound. I saw her twice live and was astonished how she filled the venue with only her voice. 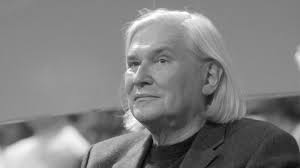 It was back in 1977 when German television tried to make something new. Presenting live a three bands and broadcasting them throughout Europe. They started with our neighbors in Austria and Switzerland and I can still remember when the first show started. Me and a couple of friends came together, switched on the TV and our local radio station listening to the music in a superb sound. The first event at all was in Essen with Rory Gallagher, Little Feat and Roger McGuinn and we all loved it because we saw acts that never came to our town. The man behind was Peter Rüchel. He had the vision of presenting us live acts on television under the name of Rockpalast. You will find a lot of concerts in the internet under this name and be sure, a lot of gems will wait for you. He died today at the age of 81 after a short and painful disease. But his legacy of presenting bands live on stage will hopefully be never forgot.

The Sisters of Mercy released their second album back in 1987 and brought gothic to many people at my place. We didn't knew much about the dark and black scene Andrew Eldrich tried to explain about but the music was one of the sounds of these summer. Produced by Jim Steinmann who made Meat Loaf great Floodland were THE sound of the year when a few of my friends turned into dressing in black. A few month ago I saw the Sisters live and was disappointed what they offered to me. Nothing more than some retired musicians grabbing some money for what they did a few decades before. But this song grabs me from time to time when I listen to it - if only brings back some memories from times long gone by.


Joe Goddard, founding member of Hot Chip and producer released Jack Come Back/LakE an EP with own works and Kiwi (a band/project I couldn't find any informations). Kiwi has been working with Goddard a few times over the last years and coming back with two more great songs. KatE brings us double bass slaps against a rigorous rhythm section and haunting pads and psychedelic voices at the start and the end.


More than 20 years ago Tortoise released their second album Millions Now Living Will Never Die. I saw them first in 1995 supporting Eleventh Dream Day and was electrified by their sound. Never heard a band before using three drums, two basses and not singing a word. This experience made me follow them during the years. Many call their first album or TNT as their best but for me it was MNLWND just because of it's opening song Djed a perfect combination of Krautrock, dub, minimalism and electronic music. Can , Neu! and PIL could be proud of this distillation of their sound


Some new music on Saturday by Eriksson Delcroix from their latest album The Riverside Hotel. I was introduced to this band by another recommendation on my weekly new music list on Spotify. It was La Danse De Mardi Gras that made want to investigate for more. I have to agree that I have a big sympathy for Zydeco music but I am far away to call myself a huge fan. The Riverside Hotel in Clarkesdale/Mississippi was famous when blues legends like Muddy Waters or Howlin Wolf stayed when they toured in the South. The music of this record is bound on blues schemes but without boundaries they crawl tho landscapes of African voodoo, native American rituals and French Louisiana settler's sounds as well. Listening to this songs you can imagine how good they will work during an American BBQ beside a campfire and the artists seemed to have a lot of fun playing these songs. The more I was astonished that this band is a collaboration of the Antwerp, Belgium.based couple Bjorn Eriksson and Nathalie Delcroix. It seems like they absorbed the best of country, folk and blues. And this is more than average for most new bands.


Back in the late 70's me and a couple of mates who also were DJ-ing in some locations in our town had a little competition who will find out the most exotic bands and play it to the audience. At this time has I have discovered for myself Split Enz, a rock and independent band from New Zealand. Not the next big thing for sure but Tim Finn wrote one of the best pop and rock song in these days. I forgot them for ages and I was surprised how good the songs sounds decades after their release. It is probably just because it reminds me to the glory days of my youth but these songs are timeless for me and Split Enz didn't got the appreciation they should have in musical history because they made music for their own and have not toadied to the mass taste.