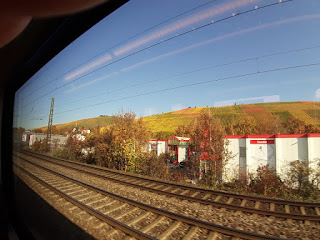 Once again I feature Fields Of Dream, a Birmingham electronic by Chris Kentish and Al MacKenzie who met a few years ago, had a couple of drinks and decided to work on some stuff together. Seems like the same way many other did but their output is full of different sounds based on house music in many variations. This one, based on a acid house theme, from 2018 is one of those overlooked songs that was in many personal years end charts but didn't got the critical acclaim it should have

I am not sure if Adam featured this song already but the Weatherall version shows once again how much we miss him and his remixes.
Eingestellt von Walter um 06:00