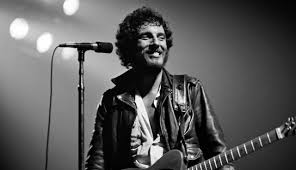 A few days ago I was looking for an old album I suddenly found The Wild, the Innocent and the E-Street Shuffle, Springsteen's second album from 1973 again. One of the earliest records I bought from my own earned money and still an album I like to return. Filled with great songs showing his view of New York. In times before punk appeared he was named as the future of rock and roll. A liability he couldn't confirm. But with his first two albums one of the greatest storytellers and musician appeared to the scene. Even at the age of 71 he has more to tell than many others.

An excellent tune to start the week with Walter. I hope all is good with you

It is all good at my place, Drew. I have a week off and hope I can get out of my home for a few walks if the weather will agree. Also hope that everything is well with you and your family.