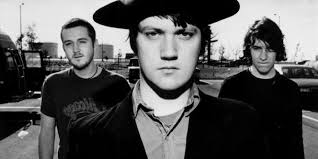 It took more than six years for Isaac Brock, guitarist and singer of Portland based indie-rock and art-punk band Modest Mouse to release a new album. The Golden Casket will be released next month and the first appetizer We Are Between was released the recent days. Of course nothing new or groundbreaking was expected and this song is what they stand for: a powerful rock song with concise riffs over a chugging rhythm guitar. Repeating a good recipe is better than creating a spoiled new menue.