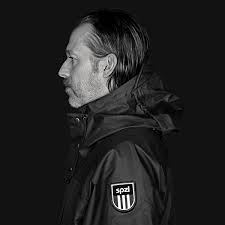 Almost two weeks ago the second release of Andy Bell's trilogy was released. It is his his first single from 2020 with additional mixes by Pye Corner Audio. I have to admit that I missed his first release under his own name but both songs from his single are superb and showed what we could expect from him. And for sure he fulfilled every expectations with his LP and as GLOK. A dreamy psychedelic influenced song with laid back guitar licks and echoed vocals. One of those songs that would have appeared in my year's end list if I knew them before. And PCA's remix is also worth to be listened and a perfect start into the second half of the working week.