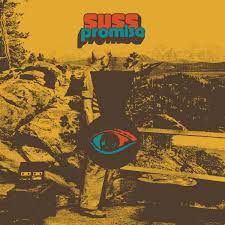 New York based band Suss released their first album Ghost Box in 2018 and they called their sound ambient country music. I had no idea what this could sound like but I was fascinated by their songs from the first time. The closest description was Brian Eno joins Ennio Morricone for making a new soundtrack for a spaghetti western. During the last year I played this record often when I would like to come down and relax. Now Suss released their third album Promise and their sound moved more to a nocturnal journey closer to space music while also having a sort of psychedelic undercurrent. Loops and light beats are sometimes present, but the music largely feels unbound by rhythm and free to drift away in wide-open spaces. Sometimes I think this could be an alternative soundtrack to Paris, Texas and I enjoyed this record much but I fear that Suss will be a best hidden secret still.