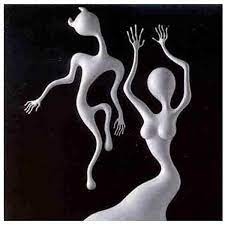 Almost 30 years ago Jason Pierce formed Spiritualized after the split of Spacemen 3 and released their debut Lazer Guided Music. I have to admit that I had a spot on Spiritualized with their epic Ladies And Gentlemen We Are Floating In Space and digging deeper into their spaced out sound I came to their debut and I can say nothing more that from this time on I love the kind of their unique and never boring sound. A classic album that will be re-released on vinyl during the next weeks. A must have.

Some music of that period has come to sound very '1990s' now - dated, or, at the very least, of its time. This though, sounds altogether outside of time - it could even have been beamed in from the future. Really remarkable stuff.