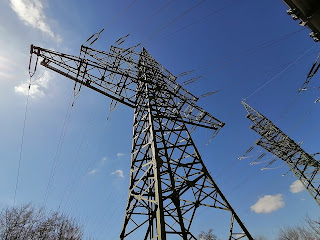 A year ago Dry Cleaning released two EP's featured here and I was fascinated by their combination of post-punk sound combined with the spoken words by Florence Shaw. Now they released their debut album and you can hear their names dropped in almost every music magazine as the next big thing. What it isn't. It is nothing more or less an album with some great songs on it pointing musically to the end of the 70's and early 80's. The sound is heavily inspired by Gang of Four, Young Marble Giants and wire. A dominant bass rules the songs and nervous guitars makes them outstanding from many other releases these days. What makes them also different to others are the vocals by Shaw. She's not singing, just speaking about everything and mostly incoherent for me. It is a cool sound but the longer I listen to it, the more it repeats and nothing new happens. If they'd chosen to make another EP it could have been one of the best in this year so far.