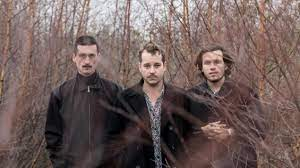 International Music is a German band from Essen and featured on this place for several times. Why? Because I think they are probably one of the best German acts today. I like their music where JAMC meets Can and F.S.K. and thick net from laconicism, melancholy, psychedelia and post- punk in whom one gets caught with pleasure. A few days ago they announced the release of their second album with the first single Insel der Verlassenheit a typical song with great guitars, a steady rhythm and cryptic lyrics as they used to have. After all a song with a great hook and perfect for a good start into Eastern Sunday.