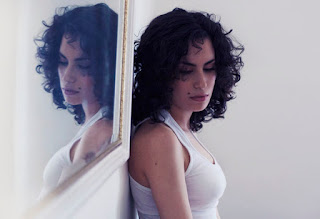 A few days ago JC over an The (new) Vinyl Villian featured a new band - Dead Hope. Going to their facebook-site I saw that they featured Sonia Stein as their song of the week. Listening to it I was completely surprised about what I've heard. Not another post-punk or guitar influenced music but a great new voice.

Sonia Stein is a 22 year young singer. Born in Berlin, grew up in Warsaw, New York and Boston and now living in London. She released her first EP these days. I am fascinated by her deep and soulful voice and her spartan arranged songs. So you can concentrate to her voice. Maybe these are the songs other artists try their lifetime to do. Watching her videos I think Amy Whinehouse is reborn after rehab.


That her songs works even live it's shown here: