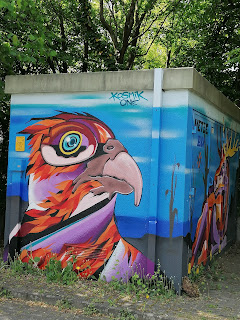 Sometimes a song comes unexpected and stays for days and probably will become a high position in my years end list. On the last days of last month A Mountain Of One a British band that is typically filed under psychedelic and prog rock. Now they released wit Star their now song. It was released with various remixes and the one by GLOK is certainly the best. A dubby journey into another space. More versions and the original could be found here

Another winner, Walter. A Mountain Of One weren't on my radar so I'm very glad you are here to point the way.

As you say, Andy Bell's GLOK Dub is the standout but I was also delighted to find that Dennis Bovell has dubbed up a previous single and Ricardo Villalobos is releasing a remix reinterpretation of their current album.

I may have missed all of this without your timely post so thank you!