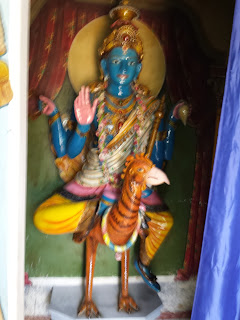 I think it is time for another trip into space because I didn't featured this kind of music for a longer time. Psychic Ill are an American experimental/psychedelic band from NYC formed by Tres Warren and Elisabeth Hart in Austin at the beginning of the century and released a couple of albums and EP's. Psychic Ill play a guitar based psychedelic sound and on their longer songs they take you to a journey into space. Mantis is the first track from their second album and show their abilities at the best. Psychedelic mantras over a bass led ground with cymbals that wasn't even used in the days of flower power. A song you should watch the video by. Sadly Warren died a few years ago at the age of 42 and this is his legacy to the world.
Eingestellt von Walter um 06:00