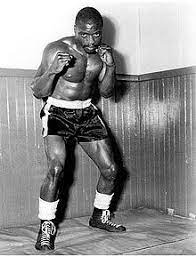 Let's start into a new month with a song that came back to my memory during the last week. Bob Dylan released Hurricane in 1975 on his album desire. t addresses the arrest and conviction of boxer Rubin "Hurricane" Carter. In the song, Dylan criticized the investigation into the Carter case and its racist acts. Carter and a man named John Artis were convicted of three counts of murder. This had occurred in 1966 at the Lafayette Grill in Paterson, New Jersey. After it was widely reported that the crime apparently had racist backgrounds (the victims were white, Carter and Artis black), Carter and Artis were found guilty of murder and sentenced to life imprisonment. In the following years, the case became more and more a controversial issue. Thus, the lawfulness of the investigation and the testimony of an alleged eyewitness were questioned. Carter asserted his innocence in his biography, which eventually led to Bob Dylan's contact. Dylan and his prominent associates reached a further investigation. In the third instance, Carter was finally acquitted. Listening to this song makes me thinking that less things changed in the United States during the last decades. Desire is one of those albums by Bob Dylan from the 70's that didn't the recognition it should not only for introducing a violin into his sound but just because there were so many great songs on it.

A timely selection Walter. Just last week I dumped the best part of £250 on Bob Dylan concert tickets for his shows at the London Palladium in October.