The Two Faces Of Austrian Music: The Dark One 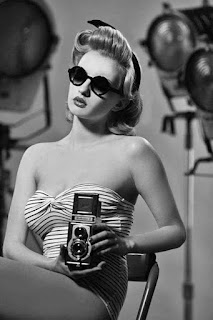 Thinking about new Austrian music I chimed in electronic music. Most of it very good and was featured during the last months. But is there a scene of classic rock music coined with guitar, bass and drums? If I listen to Hackmonocut I have to say yes! He is an Austrian artist located in Linz, started his career in 2012 and he describe his music as Alternative Rock-Noir songs; full of irony and social criticism.

And indeed, it's something you should watch out for. Superb post-punk with the inspiration of The Doors, The Velvet Underground and Nick Cave. Dead Born Sister is starting as a ballad that could be in the repertoire of the last named. At the end the guitars take over control to the great finish. Their sound is mostly dark and grundgy but they create a great atmosphere of intention.

All in all Hackmonocut is a band I would follow their upcoming outputs.