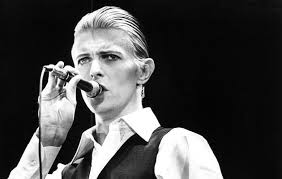 This little gem is a live appearance by David Bowie back in 1978. It's caught after he released some of his best and different albums Young Americans, Low and  Heroes. Starting with an arty interlude he and his band plays some great funky versions of songs most of you will know. And that he can arrange them in a new and different way would be no question. So take some time and enjoy the show.