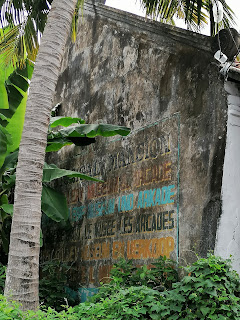 Part two of this series starts with The Jazzateers, one of the best bands from the early 80's from Glasgow. I always had a huge fondness to them because they made a superb mixture of country, The Velvet Underground and jangly guitars and they had the ability to write great pop songs. They might be one of the reasons why bands from Glasgow were stamped as the 'Sound of Young Scotland' and another example what fantastic song were written 40 years ago.

Don't Let Your Son Grow Up To Be A Cowboy

Another band that should be named here are The Wild Swans a post-punk from Liverpool. Formed by Paul Simpson after he left Teardrop Explodes. As far as I know they didn't had much success but were well known in those days in Germany. Their trademark were sparkling guitars and well arranged timeless songs. This is the flip-side of their maybe best known song Revolutionary Spirit

I am sure that I don't have to introduce the next band because Everything But The Girl were know since decades for their beautiful songs. In the early 80's Tracey Thorn and Ben Watt are the leading duo when a jazz influenced sound was the sound of the summer and acts like Style Council, Sade or Carmel had their best times.  On My Mind was the flip-side of their first single.