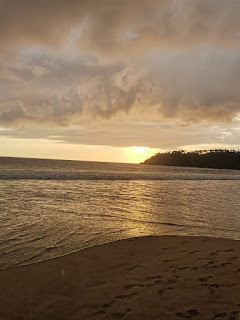 Hawkwind were the link between space rock and hard rock in the early 70's by all time member singer and guitarist Dave Brock. Formed in Notting Hill, London a lot of musicians played in this band during they existed. They were probably the first that combined repetitive rock-riffs with synths and futuristic sound patterns. Many of their songs were too long for a single format, except their veritable hit single Silver Machine. During the last years many compilations of their songs were released at least Dust In Time a few weeks ago. I grew up with their sound, not understanding what it was in my very young days but later in my musical education I learned to estimate the beauty of their sound.