Many Are Called But Few Get Up 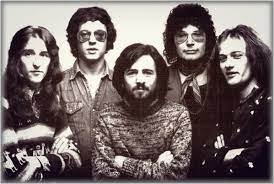 When I got the news that Welsh rockers Man released a box-set of live recordings from almost 50 years ago I was going to pick them old records out of my collection and listening to them. Of course it is a retro sound, massive influenced by late 60's heavy blues and west-coast LA-sound but I have to admit that their abilities in improvisation is still a pleasure. I can't explain why they are great in Germany and less known in Great Britain, maybe because they were too individual and there were more bands like them playing the same at the time. But live they were far ahead of many other bands in this decade. For me it is always a pleasure to come back to them from time to time.