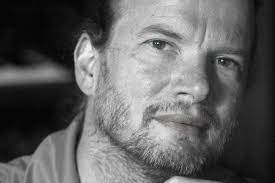 Last week Drew posted that a copy of a new vinyl arrived at his place. I didn't knew that Pete Namlook's album Air from 1993 was re-released so I checked out my CD and listened to this once again. Peter Kuhlmann is a German ambient and electronic-music producer and composer and released as Pete Namlook more than 100 solo albums and collaborations. Air is an overlooked beauty in ambient and solar drone music. Led by slow electronic groove and accented guitar licks the songs are suitable for a one hour trip into space.