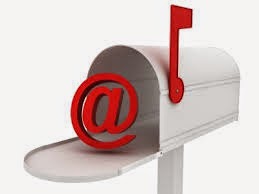 From Houston, Texas, arrived some fresh music. My first thought was 'Just another bluesy country band' or 'another singer/songwriter with a melancholic whiny voice'. But none of them is true. Keeton Coffman is that kind of songwriter which isn't too much involved in that folk sound. His music is also influenced by Americana and Indie-sounds. The songs come along with very good arrangements, laid back drums and over and over again very nice guitar licks are sprinkled. Over all is his fantastic voice: remarkable, very expressive and far away from shouting. If he would get enough airplay he and his songs might get great.


Another town but in the same state. Austin gives us Take Us To Tomorrow. Prog-rock in combination with Alternative guitars make a very own sound. While the band lose themselves on the quicker pieces often in improvisations they show us with the ballad Crustecean their skills. After starting with some guitar pick bass and drums appear to push this song forward.


The last one new artist for this week is Public Light, a project Sam Osheroff from Seattle stands behind. Another singer that is deep int the traditional singer-songwriter genre but with a very own voice that leads you to a relaxed time to listen. I like his deep voice much. It is some kind of laid back easy going sound I prefer riding in an open car along narrow streets in late spring.