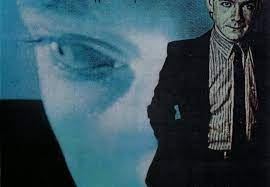 During the weekend Drew featured his latest purchases on Twitter. Beside Richard Norris' superb Hypnotic Response he also owned a release form a 30 year old collaboration between The Grid and Robert Fripp. The Grid was formed by Richard Norris and Soft Cell's David Ball as an early dance group. Robert Fripp was well known as a leading member of King Crimson and one of the first rock musicians that collaborated in the early 90's with new electronic music. The Grid and Fripp met for several sessions and the result was released on two albums almost 30 years ago. But there was more material that cried out to be released. The result is Leviathan where Fripp plays his Frippertronics to a sea of ambient. Fantastic music and a classic on another planet.