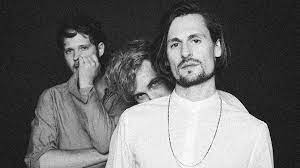 In the past few days I have found little time and inspiration to post something at this post. Partly because I had too much to do at work and not to put something on paper sitting in front of the screen after work. Instead of continuing the blog I preferred to go for a walk or meet with friends. That doesn't mean that this blog come to an end.

Farewell Dear Ghost is another talented band from Vienna, Austria and highly in Austria's independent station fm4.orf.at during the last years. Now they are back with a new song and the band moves from electronic influenced indie-pop to a much more guitar based sound. It is nothing more than a great piece of indie-rock like I never heard for a long time.