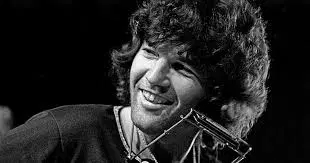 Don't know why this song has came to my mind but I can't get them off my mind. Tony Joe White was an American guitarist and singer and known as a main figure of Southern American blues and swamp rock. He had no big commercial success except Pork Salad Annie but appeared on many albums as a session musician. He died a couple of years ago at the age of 75 and if you have a bit affection to blues rock you should give him a listen.

I got into Tony Joe some time last year. A lot of great tunes to discover...

He also wrote A Rainy Night in Georgia