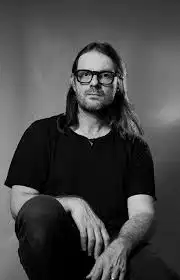 Alessandro Cortini is well known as a part of Nine Inch Nails and for me during the last years by his collaboration with Daniel Avery released his second solo album Scuro Chiaro the recent days. Bright and dark is the perfect translation/description of his album. There are short songs with a kind of dark vibe in it and there are dark songs like Nessumo that sounds like they were from behind a wall of fog evoking a kind of slow-motion panic. The songs as far as I heard yet are not easy to listen to but the more I listen to them and it's somber mood the more I like them.