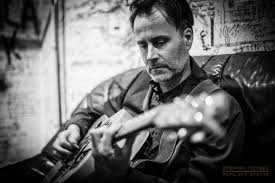 I featured Dirk Darmstaedter a few times at this before during the last years. And yes I really enjoy listening to him. He was the head of Jeremy Days a German rock band that was popular at the end of the 80's and well known for their chart success with Brand New Toy. After the split of the band he started a solo career under the stage name Me And Cassity but never reached the charts any more. During the last years he released podcasts and albums with his favorite songs. It is almost the same Susanna Hoffs and Matthew Sweet doing for several years and I like the way he covers the songs. To cover great songs is not an easy job because everyone compares to the originals. If you can forget them you can feel well with his versions. It is always a superb collection and he makes these songs some kind of his own - not only because he has one of the best voices in German music.