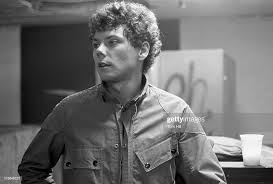 The last days in office were horrible because I have to finish some works until I will have my usual break at the end of the year. Lot's of work was put on my shoulder that should be finished before I got the order. So it is normal that I come home after an almost ten hour shift quiet tired and I just want to sit, relax and listen to some music that makes my finish my day. At this times I often stand in front of my records and don't know which one to pick out to listen to. The recent days I found a record from 1988 that I didn't listen for ages. It was the second album by Jerry Harrison Casual Gods. Harrison is famous for playing guitar and organs with Talking Heads and he didn't got the critical acclaim he should have. Listening to this album once again he shows me that he is able to write and produce great songs. Casual Gods is not the highlight of the late 80's but an album that stood the test of time. I enjoyed listening to these superb songs after a very long time.