The Way Love Used To Be 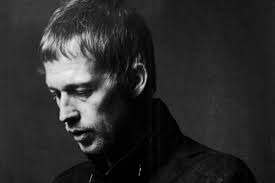 It seems like Andy Bell is in a highly productive phase these days. Since his fantastic album Flicker at the beginning of the year he released almost every second month a new EP. Now he surprised me with Untitled Films Still an EP with four songs originally released on soundtracks. I am grateful that he took a song by Ray Davis to cover. The Way Love Used To Be originally released on Percy soundtrack is one of these songs by The Kinks that was seldom played but in it's beauty it is one of Davis' highlights.

Another song Bell chosen for this EP is a song by Arthur Russel an American cellist, composer and producer who died 30 years before. I have to admit that this song was new to me and I don't know the movie Keep The Lights On where it is from. Anyway this version is one of those songs you can listen from the start until the end and start playing it once again.
Eingestellt von Walter um 06:00

I've had these songs for a while as they were released as "B-sides" to the singles that accompanied the release of Flicker. I think they're all fantastic interpretions, but the two you've picked especially so.