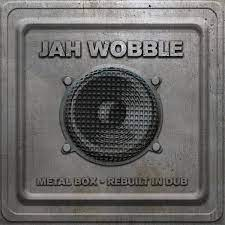 Jah Wobble returns with his new album to his roots and made a dub-version of PIL's 1979 classic album Metal Box. And it is not surprising, that he doesn't play it in the same way he did more than 40 years ago. He returned to this album to present us interesting versions of the songs on a floor of dub. I think you can't compare the original with this version. It is more a new album paying tribute to Metal Box. A surprising and wonderful new release that made me to listen to the original once again.

I haven't bought this yet, but I love what I've heard so far. Public Image starts out as a deceptively faithful cover for the first couple of minutes, then... As you say, this is essentially a complete reimagining of the original Metal Box, great in its own right but enhancing the quality of the PiL album as well.