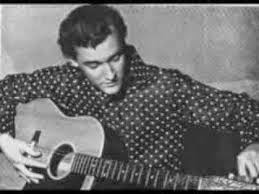 P.J. Proby released in the late 50s songs as Jett Powers. Based in the tradition of Elvis Presley he released some marking tunes in rockabilly. A few years later he did some shows in Great Britain and all the young girls stood in the crowd screaming to him and his sexual inspired show. This is a classic from his early years.