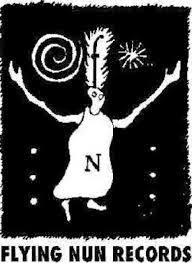 Another band from Dunedin is needed to be featured in this series (thank you, Dirk). The DoubleHappys were a short-lived band that had a great influence to the Dunedin sound in the early 80s. They didn't released a regular album - only some singles and EP's but their sound was fantastic. They made real great songs in this time with a straight bass, forward driving drums and some guitars that could drive you crazy. Listening to this songs again it reminds me a lot to Jesus and the Mary Jane without their feedbacks. Great stuff.


The band toured in 1985 to promote their newest EP. Towards the end of the tour the band were traveling south from Auckland by train, and the band member Wayne Elsey, in high spirits, climbed out of a carriage. The train passed under a bridge, killing Elsey instantly.

The two remaining members of the band decided not to continue with the name, but later formed the nucleus of Straitjacket Fits which became one of the leading acts of Flying Nun's second wave. Their first EP became a classic in New Zealand rock music. Remarkable is their song 'She Speeds' with it's edgy lead vocal, a dynamic jagged guitar and stabs of strings which tumbled into a churning melodic chorus. That they are not just another guitar based band they show us on 'Sparkle That Shine' a classic pop song with a great downbeat groove and fantastic harmonies.
Straightjacket Fits - She Speeds
Straightjacket Fits - Sparkle That Shines

Thanks for that, Walter: top tunes by them, for sure, although I highly recommend you should try to listen to their absolutely fantastic "I Don't Want To See You Again" ... a masterpiece! Only available as a live recording, but nevertheless it's pure magic!

Also, depending on which source you look at, Wayne Elsey didn't climb out of that train that night, he was just standing there, leaning a bit too much forward perhaps, when he was suddenly hit by a part of a bridge (or something similar, can't remember) which was not fixed properly and thus reached into the rail track.

Either way, a tragic death, and I'm sure they could have become big big big if this hadn't happened.