Inflammable Material - First Records That Impressed Me Much # 8 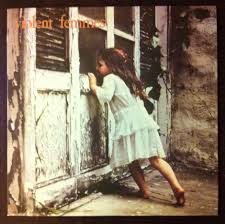 No record in 1983 has pulled me more in the spell than the first one of The Violent Femmes. When indie music changed their style once again (New Order, Aztec Camera and The The appeared) a three man band released their first album. Those three nerds from Milwaukee used a little more than guitar, stand-up bass and a snare drum. One of the reasons I still love this record after 30 years is their music and songs in itself. Simply constructed songs with sticky melodies, sung by a young man with a voice that reminds me to a siren, backed with a frenzied bass playing and primal, intuitive drumming.

The world of Violent Femmes is a world of sex. streets and smoking and wandering around in the haze of the night trying to find your way back home. And maybe they told me more of life than any other band in these times. And they made you feel that they understand you and you can agree to their songs (another band are the Undertones - but this is another story). It was the lyrics from 'Add it up' that was burned in my mind when I first listened to them.

Why can't I get just one fuck


Why can't I get just one fuck
I guess it's something to do with luck
...
Broken down kitchen at the top of the stairs
Can I mix in with your affairs?
Share a smoke, make a joke
Grasp and reach for a leg of hope


There are lot's of stories in the internet telling them as a very good live band. And I've to agree. I saw them on their promotion tour for this record playing in a small club in Tübingen. There was no stage and the audience stood face to face to the band. It is one of those unforgettable evenings when you understand what magic could be in music.

Good album and a good band.

Great band, who I was lucky enough to see quite a few times throughout the 1980's and early 1990's. Not sure which would be my favourite album though, the first four are all so good. Off the top of my head it could well be 'The Blind Leading the Naked', but having heard your selections I think I might dig out the debut for a spin today.

Beloved by all who hear it, Walter. Great choice.